There were no fire safety systems installed at a west Auckland plastics factory destroyed overnight, a fire investigator says.

The fire broke out shortly after 10pm at the two-storey Total Plastics building in Henderson, pushing out plumes of smoke that could be seen for kilometres.

At its height, 24 fire trucks, four helicopters and about 100 firefighters battled the blaze at the Aetna Place site.

Neighbours were warned to stay inside and shut windows because of the risk of toxic fumes.

Fire risk management officer Chris Lewis said the damage to the factory would have been far less serious if sprinklers and alarm systems had been installed.

Police said this morning they were treating the blaze as suspicious, and Mr Lewis said the cause of the fire was still unknown.

100 firefighters worked through the night to fight back blaze ripping through Total Plastic factory in Henderson pic.twitter.com/Ag8wwd0ajA

One car-parts worker, Seamus, said he was still in shock, and it was starting to sink in that he no longer had a job.

"It's a lot to take in. I got the phone call last night from my boss to say the place has burned down. So I came down and there was still massive flames, it was horrific."

Seamus said a lot of materials in both factories would have fuelled the flames.

Total Plastics owner Tony King said he only found out about the fire this morning.

"I'm still numb, it is devastating, devastating for the staff," he said.

No employees were in the factory at the time and the main thing was that there were no injuries, he said.

Mr King said he had no idea how the fire could have started.

Last night, train services in the area were halted and Auckland's Civil Defence told people in nearby houses to close windows and doors because of the risk of toxins in the smoke.

Tabitha Raggett, 20, lives just a few blocks away from the fire. "We just heard these big explosions - it was just so loud," she said. 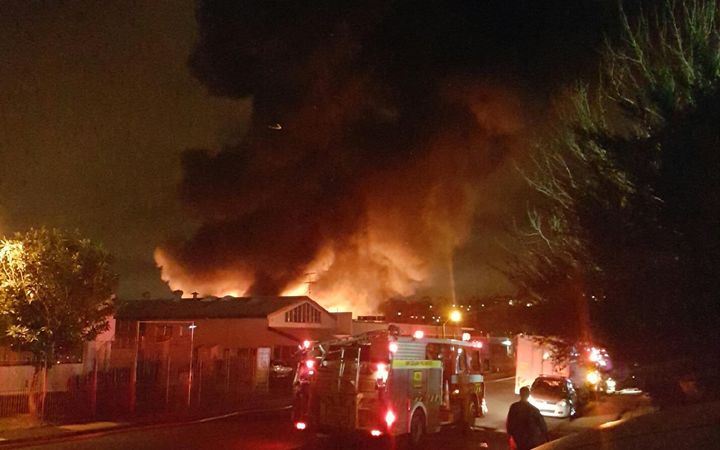 Local residents, who were warned about the risk of toxic fumes, could clearly see the fire in Henderson from blocks away. Photo: Supplied / Brendon Pudney

Crews at the scene this morning were pouring water on the building and preparing to enter, as soon as it was safe, to dampen down remaining hotspots.

Nearby roads had reopened, and there was no further concern about toxic fumes. No injuries had been reported. 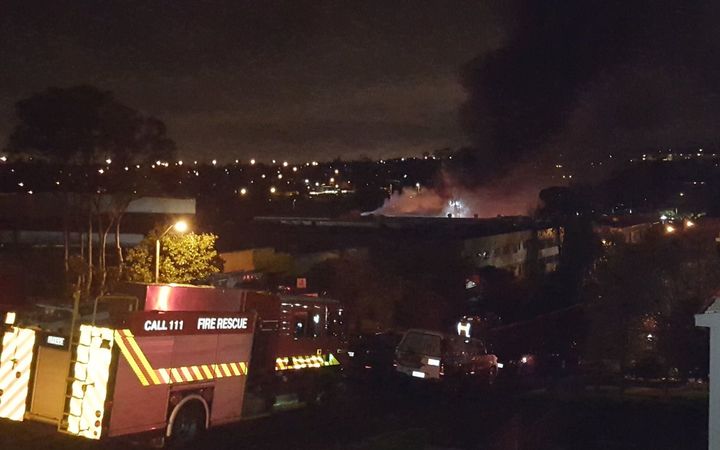 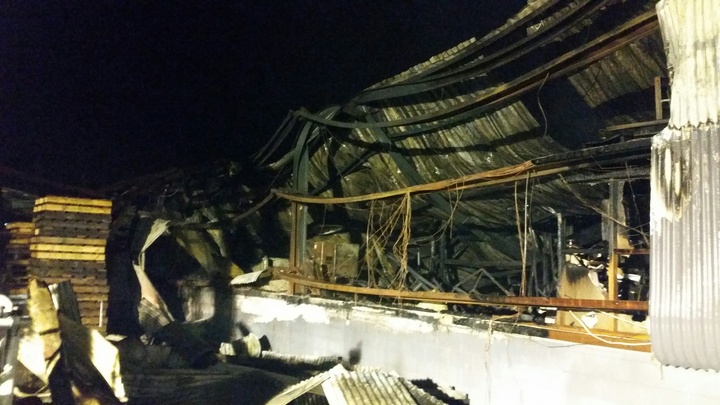 The charred exterior of the factory building in Henderson this morning. Photo: RNZ / Mohamed Hassan 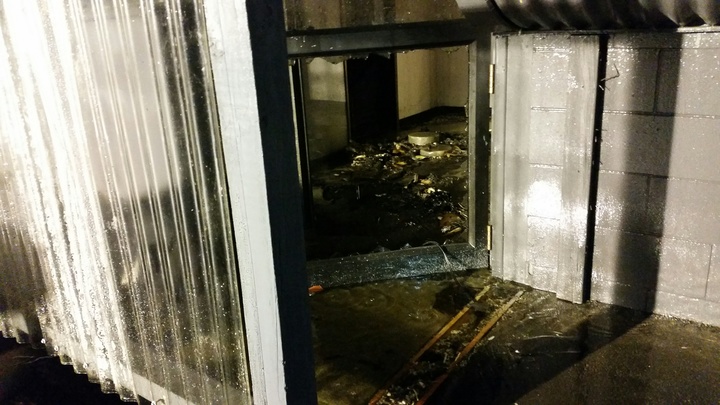