Local body election watchers in Auckland are waiting for today's mailbag of votes to be counted before starting to ponder predictions on trends and turnout. 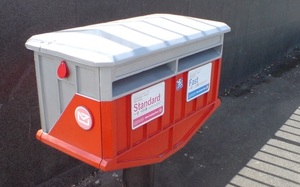 More than 95,000 votes have so far been cast in the Auckland elections. Photo: Wikipedia

The seventh day of processing postal votes has in the past two elections produced the biggest spike in returns of the first two weeks of voting.

Voting takes place over a three-week period and results are known on 8 October.

Overall, 9.27 percent of voters have returned their papers so far, compared with 7.6 percent in 2013, when the turnout hit a dismal low of 35 percent.

It is below the inaugural Auckland Council election in 2010, when at this stage 13.1 percent had voted, heading for a final turnout of 51 percent.

An early surge compared with 2013 has levelled off though, with the mailbags on day six adding fewer to the pile than three years ago.

Some of the strongest voting returns compared with 2013 have come in the Albert-Eden-Roskill ward, which is home to mayoral candidate Phil Goff, and Orakei, which has always been a stronghold of the centre-right, for which Vic Crone is the lead candidate.

Votes cast in the Waitemata Ward, where there's a lively local battle between veteran councillor Mike Lee, and broadcaster Bill Ralston, also make up a bigger slice of the total than in 2013.

For this year's elections 1.03 million Aucklanders are on the roll, with 95,675 having voted so far.