Clothing giant H&M is facing accusations of child labour and factory conditions that are unsafe for workers.

The Swedish fashion retailer is preparing to open a store in Auckland on Saturday. 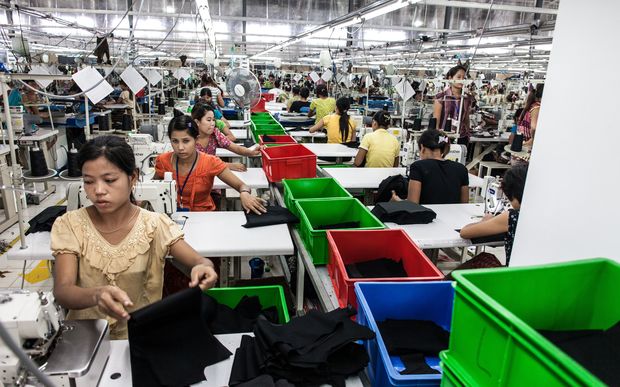 H&M is the second largest clothing retailer in the world with 4100 stores operating globally and another 400 scheduled to open in 2016. Photo: Supplied

Amid the publicity surrounding the opening, the Washington-based Workers Rights Constortium said hundreds of thousands of workers making H&M garments in factories in Bangladesh were doing so in dangerous conditions.

"There's no question that workers' lives continue to be put at risk at many H&M factories and certainly consumers in New Zealand should be aware of that," he said.

The problem is shared by many major clothing brands, and another charity organisation rated H&M's efforts to avoid worker exploitation higher than some local brands such as Glassons, Ezibuy and Pumpkin Patch.

But H&M is the biggest buyer of clothing in Bangladesh, contracting more than 200 factories to make its clothes.

It was the first company to sign up to the Bangladesh Accord on Fire and Building Safety after the collapse of Rana Plaza killed 1129 workers in 2013. Despite not having clothes made at Rana Plaza it promised to make safety improvements to all its factories in that country.

But three years on, and a year since the deadline for making improvements expired, most of the factories used by H&M were still unsafe, Mr Nova said.

He said the company had also not followed through on a promise ensuring all its factory workers were paid a living wage, but admitted H&M was not the only retailer slow to act.

"They tend to talk a better game on labour rights and human rights than some of their competitors but when it comes to actually delivering on that rhetoric we haven't seen much evidence of genuine progress," Mr Nova said.

H&M is the second largest clothing retailer in the world with 4100 stores operating globally and another 400 scheduled to open in 2016. It contracts some 1900 factories employing 1.6 million workers to produce its clothing.

They found girls as young as 14 working 12-hour days in two factories outside Rangoon, in breach of Myanmar law and international labour conventions. Their findings were published in a book this month called Modeslavar, or Fashion Slaves. 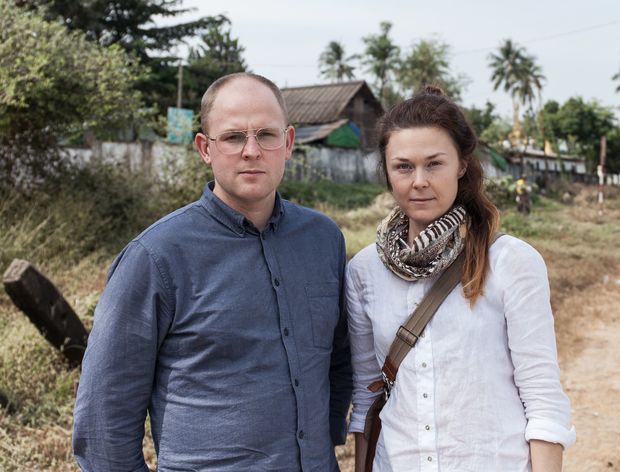 Moa Kärnstrand and Tobias Andersson Åkerblom talked to factory workers in Myanmar who made clothes for H&M. Photo: Supplied

H&M said it had since stopped using those two factories but Mr Åkerblom said child labour was likely widespread in Myanmar and the company would not say if it had checked the other factories it worked with.

H&M better than most - charity organisation

Baptist World Aid Australia, which grades fashion companies each year on the steps they take to stop the exploitation of garment workers in the factories they use, said H&M was better than most fashion houses.

Its latest report in April gave H&M a B+ grade.

Report author Jasmin Mawson said, although H&M had much to improve on, it was one of the more transparent companies. It listed all its suppliers on its website and reported annually on any abuses it found in its factories. 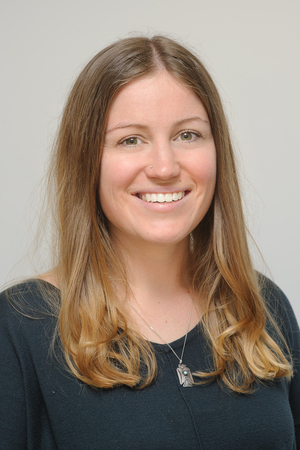 Jasmin Mawson said H&M was one of the more transparent companies. Photo: Supplied

For example Glassons got a C+, Ezibuy a C, while MacPac and Pumpkin Patch both scored Ds.

"Australian and New Zealand companies are a little bit behind on the ethical sourcing game compared to the US and Europe.

"However, we are really encouraged that all those companies are really open to working with us so we are really looking forward to seeing how they continue to step up over the coming years," Ms Mawson said.

Zara, which was part of the world's biggest fashion house Inditex, and will also be opening its first store at Auckland's Sylvia Park mall on 6 October, got an A grade from Baptist World Aid. 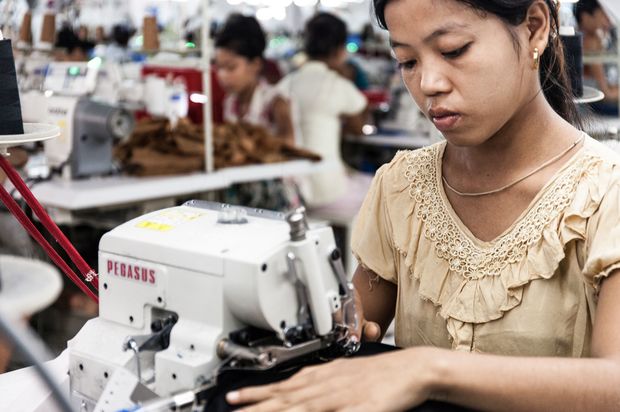 Workers at a Myanmar factory that produces H&M garments. At other sites (not pictured) the investigative journalists found girls as young as 14 working 12-hour days. Photo: Supplied

H&M declined to be interviewed but in June it flew a group of New Zealand fashion writers, including journalists from Fairfax and the New Zealand Herald, to its Stockholm headquarters to learn about the company ahead of its opening at Auckland's Sylvia Park mall on 1 October.

In a statement the company said it was "of utmost importance" that its products were made under good working conditions and it had taken action on the two suppliers in Myanmar that it had identified as having had problems with ID cards and overtime.

"That teenagers have working hours violating the rules is unacceptable to H&M. Any overtime must be in accordance with legislation as well as our own demands, this is particularly important when it comes to the age group 14-18.

"If a supplier doesn't live up to our standards or national legislation we - in accordance with our routines - demand that the supplier immediately establishes an action plan, which has been done also in this case. One of the measures concerning the two suppliers in question is improved recruitment routines, which has resulted in improved handling of ID-cards."

H&M said the Bangladesh Fire and Safety Accord was extremely important to the company.

"Although being behind the projected schedule, we are experiencing good progress. We are convinced of the positive impact of the work being done within the Accord and that it will reach its long-term aim: to make the textile industry in Bangladesh safer for the workers.

"The remediation delay is partly due to import delays of upgraded safety equipment as well as a shortage of technical expertise in Bangladesh needed to conduct detailed engineering assessments, planning and submissions of drawings, and installation of technical equipment. Initial timelines for remediation set up by the Accord were also too optimistic.

"These are challenges that all brand signatories are facing and they are not specific to H&M," the company said.

It added that its pledge to pay a living wage to all its factory workers was progressing.

"By 2018, all of H&M's strategic suppliers should have improved pay structures for fair living wages in place. By then, this will reach around 850,000 workers," it said. 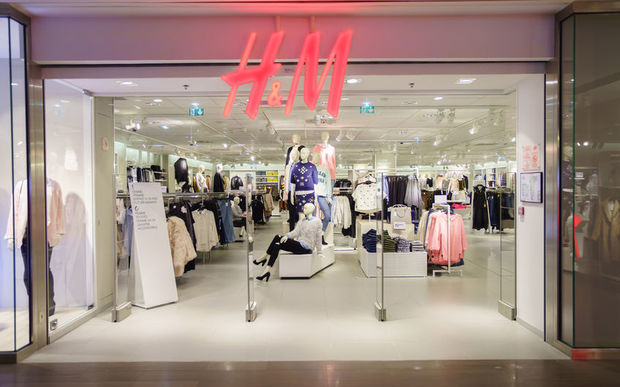 An H&M store. The brand's first New Zealand store is due to open on Saturday. Photo: 123RF