Human rights organisation Amnesty has accused Apple, Samsung and Sony of failing to check that the minerals they use are not mined by children. 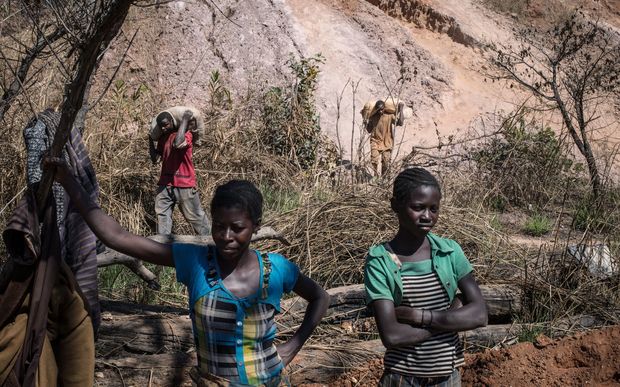 Women wait to sort through mine waste material in a cobalt mine in the Democratic Republic of Congo. Photo: AFP

In a report into cobalt mining in the Democratic Republic of the Congo (DRC), Amnesty found children as young as seven working in dangerous conditions.

Cobalt is a a vital component of lithium-ion batteries.

The firms said that they had a zero tolerance policy towards child labour.

DRC produces at least half of the world's cobalt. Miners face long-term health problems and the risk of fatal accidents, Amnesty said.

It claimed that at least 80 miners had died underground in southern DRC between September 2014 and December 2015.

Amnesty also collected the testimonies of children who allegedly work in the mines.

Paul, a 14-year-old orphan, started mining when he was 12 and told researchers: "I would spend 24 hours down in the tunnels. I arrived in the morning and would leave the following morning ... I had to relieve myself down in the tunnels … My foster mother planned to send me to school, but my foster father was against it, he exploited me by making me work in the mine." 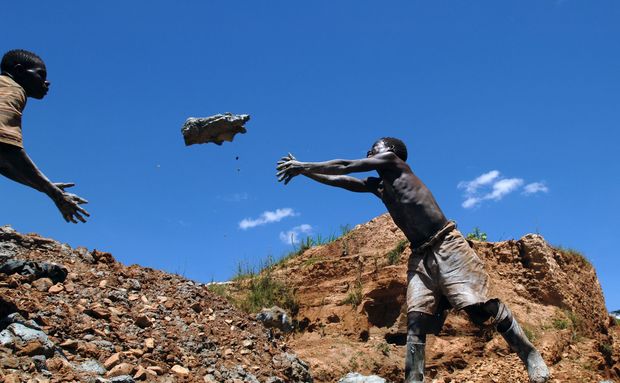 Child labour is still a huge issue in some parts of the world. Photo: AFP

In response to the report, Apple said underage labour was never tolerated in its supply chain.

"We are proud to have led the industry in pioneering new safeguards."

It said it conducted rigorous audits and any supplier found hiring underage workers was forced to fund the worker's safe return home, finance the worker's education, continue to pay the worker's wages and offer him or her a job when he or she reached legal age to work.

On cobalt specifically it added: "We are currently evaluating dozens of different materials, including cobalt, in order to identify labour and environmental risks as well as opportunities for Apple to bring about effective, scalable and sustainable change."

Samsung said it had a "zero tolerance policy" towards child labour and that it too conducted regular, rigorous audits of its supply chain.

"If a violation of child labour is found, contracts with suppliers who use child labour will be immediately terminated," it said.

Sony commented: "We are working with the suppliers to address issues related to human rights and labour conditions at the production sites, as well as in the procurement of minerals and other raw materials."

Amnesty contacted 16 multinationals listed as customers of the battery manufacturers, who in turn source minerals from Huayou Cobalt.

One company admitted the connection while four others were unable to say for certain the source of the cobalt they used. Five denied sourcing the mineral from the firm, despite being listed as customers in company documents and two others said that they did not source cobalt from DRC.

Six firms said that they were investigating the claims.

"It is a major paradox of the digital era that some of the world's richest, most innovative companies are able to market incredibly sophisticated devices without being required to show where they source raw materials for their components," said executive director of Afrewatch (Africa Resources Watch) Emmanuel Umpula.

"The abuses in mines remain out of sight and out of mind because in today's global marketplace, consumers have no idea about the conditions at the mine, factory and assembly line. We found that traders are buying cobalt without asking questions about how and where it was mined." 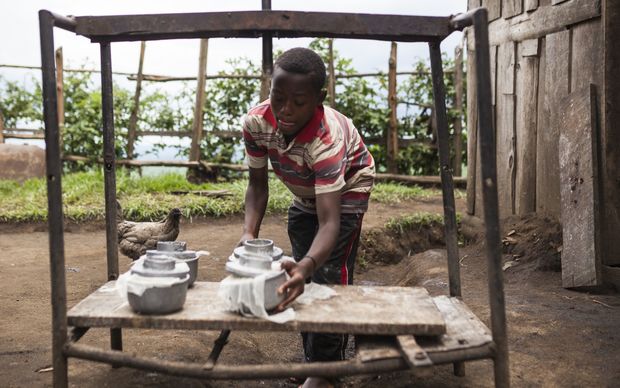 A boy works at a cheese factory in the eastern Congolese territory of Masisi. Photo: AFP

Amnesty researcher Mark Dummett said mining was "one of the worst forms of child labour".

"The glamorous shop displays and marketing of state of the art technologies are a stark contrast to the children carrying bags of rocks and miners in narrow man-made tunnels risking permanent lung damage," he said.

"Millions of people enjoy the benefits of new technologies but rarely ask how they are made. It is high time the big brands took some responsibility for the mining of the raw materials that make their lucrative products.

"Companies whose global profits total $US125bn ($NZ194bn) cannot credibly claim that they are unable to check where key minerals in their productions come from," he said.

Most children working in the mining industry in DRC do not enter the underground mines but work on the surface, scavenging for ore and sorting minerals that have been mined underground.