Youthline is so overwhelmed with young people calling its service that 150 a week are missing out on help. 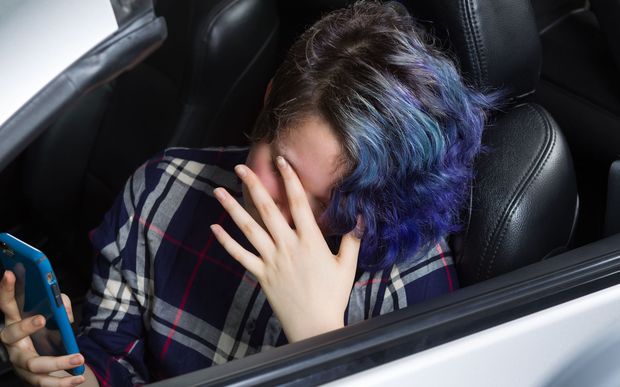 The number of calls for extreme depression has shot up from 6909 in 2014 to 14996 in 2015, and the mental health support service says vulnerable young people are not getting the support they need.

Mr Bell said based on current data those figures are projected to reach more than 12,000 by the end of this year.

But he said that was only the tip of the iceberg.

"Our capacity is so full we can't actually take more calls. What has happened is that the number of people who can't get our service has increased. It's quite distressing to think that if your buckets full, if you can't do anymore and someone rings us they get a message."

Mr Bell said while Youthline did not have the money to do the research, anecdotally young people were under more pressure than ever before.

Mr Bell pointed to financial debt, staying at home a lot longer and flatting in more crowded environments as some of the reasons behind increasing stress.

He said young people with a degree were struggling to find a job.

"Symptoms like depression, suicide, self-harm, fear and anxiety which has gone from 3500 to over 8000 contacts are a symptom of the environment that our young people are trying to find their way through."

Mr Bell described Youthline's volunteers and clinicians as 'emotional paramedics' and said they were dealing with much more complex and intense calls.

Mental Health Foundation chief executive Shaun Robinson said 50 percent of all New Zealanders would have some form of mental illness at some point in their lives.

He said the area needed more funding as services could not keep stretching indefinitely.

"The minister himself (Jonathan Coleman) has acknowledged that in the last 10 years demand for services across the board has gone up by about 70 percent, so that's about 7 percent per annum."

Lifeline chief executive Jo Denver said it had a huge increase in calls.

Ms Denver said there was a 40 percent increase in calls in the past year.

"We're struggling, we're struggling to be able to keep up our answer rate. It's essential we don't put up any barriers around people help-seeking."

Ministry of Health director of mental health Dr John Crawshaw said the Prime Minister's Youth Mental Health Project (YMHP) was established in 2012 and was the largest investment the government had made in youth mental health in recent times, with a total of $64 million invested over four years.

Dr Crawshaw said the YMHP had 26 initiatives which brought together health, education and social sector agencies, communities and schools to help young people aged 12 to 19.

Overall, and in line with international trends, New Zealand has seen an increase in demand for services over the past 10 years. The government has increased mental health and addiction services funding from $1.1 billion in 2008/09 to more than $1.4 billion for 2015/16.