A proposed strategy for managing cats throughout the country is being criticised by a wildlife vet as protecting stray animals more than native birdlife.

The National Cat Management Strategy Group on Wednesday released its final proposal for consultation, which suggests nationwide mandatory microchipping and desexing of the animals, including strays. 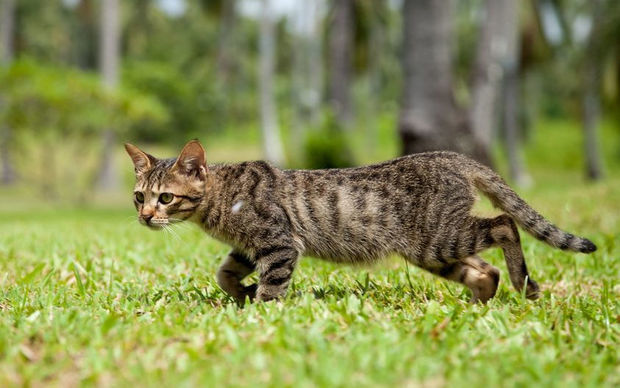 The group, made up of veterinary, animal welfare and advocacy groups including the SPCA and Morgan Foundation, has spent two years creating the strategy, which will be presented to the government by the end of the year.

It is estimated there are close to 200,000 stray cats in New Zealand, which unlike feral cats interact with people to some degree.

The strategy pushes for non-lethal ways to deal with strays, such as rehoming them, or trapping then neutering and returning them to where they were found, provided it's not in a sensitive wildlife area.

The co-director of wildlife hospital Wildbase at Massey University, Brett Gartrell, told Nine to Noon even in urban areas that was not good enough.

"This document is actually setting it up to say that these are OK strategies in the New Zealand context, and if we want to have urban wildlife, with say grey warblers, kererū, lizards in your backyard, we can't do that with stray cats running around."

But Auckland SPCA veterinary manager Shalsee Vigeant told Nine to Noon there was international research that showed trapping and putting down cats was not effective.

"If you actually maintain an area with a certain level of cats, you desex them and you maintain that and monitor that and eventually they do die out and that area is void of cats."

The strategy would also give councils the power to create bylaws that could manage domestic cats.

"We have a Dog Control Act that gives them [local councils] a whole set of powers to manage dogs. Nothing like that exists for cats, and in fact, cats are noticeably absent from a whole lot of our legislation.

"The main aim of the strategy is to manage cats in a way that's good for the cats, and good for wildlife at the same time," he said.

It was about giving local communities a tool box to manage cats in the way that worked for them.

"What were seeing in Australia, that in those sorts of areas, they've found things like cat curfews and cat containment have worked quite well, so they can still have their lovely pets but also they can co-exist with very rare native wildlife."

"Many states in Australia, in ecologically sensitive areas, do have curfews in place so there's certainly scope in very sensitive ecological areas here, where there is native birdlife. It is certainly one option that communities may want to explore to protect that birdlife."

The strategy proposes feral cats would be euthanised by the "most humane methods".