The author of Dirty Politics, Nicky Hager, has told a court about his investigation into Whale Oil blogger Cameron Slater and his links with Taxpayers' Union founder Jordan Williams. 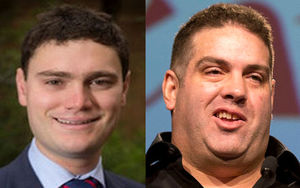 Former Conservative Party leader Colin Craig is being sued for defamation by Mr Williams over comments made in a leaflet and at a news conference.

The case revolves around Mr Craig's relationship with his former press secretary, Rachel MacGregor, who resigned suddenly just before the 2014 election.

Read about the Colin Craig defamation case in a nutshell here.

Mr Hager told the High Court in Auckland he had spoken to victims of attacks by Whale Oil.

He had learned how people with political agendas used blogs to feed stories into mainstream media outlets and stay anonymous, he said.

"In the course of my research I looked specifically at some of Mr Williams' activities in this area. I found that Mr Williams had regularly worked with Cameron Slater and was involved in and aware of his activities.

"This included using the Whale Oil blog for issues with which Mr Williams was involved. Mr Williams also was privy to other activities with Mr Slater.

"This included interactions where Mr Williams shared in the success Mr Slater had had using the process to feed stories into the mainstream media as described above."

Mr Hager said he was told Mr Williams gave Mr Slater a poem by Mr Craig, and he would have known that a story about it would have been published in the mainstream media.

"Again this is consistent with the processes I have observed in my research. It is a method by which someone with a political agenda can attempt to break a political story through a blog site.

"I've also noted in preparing my evidence for this trial the mainstream media articles relating to Mr Craig, which were published after the original Whale Oil post, 'Exclusive: The poem Colin Craig doesn't want you to see'."

Mr Hager told the court he had prepared a brief of evidence for the trial but saw that it was becoming personal and tawdry and decided he did not want to be part of it.

However, he was then subpoenaed to give evidence.

Craig and MacGregor had 'a familiarity of brother and sister'

Earlier, Brian Dobbs, the former chair of the Conservative Party, said he first became concerned about a close relationship between Mr Craig and Ms MacGregor when they stayed at his house.

Mr Dobbs said he raised his concerns a number of times over the following three years, and then at monthly board meetings after the 2014 election.

The first time they stayed at his house in 2011 was the first time he was concerned about an emotional attachment, he told the court.

He said there was a closeness, describing it as "a familiarity of brother and sister". 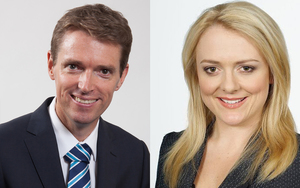 At the time he suggested Mr Craig employ a new press secretary and Mr Craig replied they were putting boundaries in place.

Mr Dobbs said that included a chaperone at the 2014 election, something which has been denied by Mr Craig.

The court was told a number of party board members had raised concerns about Mr Craig's relationship leading up to the 2014 election, including rumours of a sexual allegation.

Mr Dobbs said he talked about his own concerns during number of "generic" conversations with Mr Craig over three years from 2012 to 2014.

He thought the relationship was too emotionally driven but he did not think it was sexual.

He told the court he was "concerned for Colin and family and concerned for the party and how it may have looked".

He said Mr Craig swore with his hand on a bible that he was faithful to his wife, Helen. Mr Dobbs said he did not feel deceived by him.

After the 2014 election, Mr Dobbs said he raised the matter of the sexual allegations against Mr Craig at meetings each month.

He said issues around Mr Craig's leadership were brought to a head partly by a sauna interview with a television reporter in June 2015, shortly after Mr Craig and Ms MacGregor had reached a confidential settlement to resolve their issues.

He said it put both the reporter and Mr Craig in compromising situations and he was not consulted about it.

He was asked by Mr Williams' lawyer, Peter McKnight, if he knew about a terse email sent by board member Christine Rankin to Mr Craig, saying the interview was the most damaging thing he had ever done. Mr Dobbs said it was not the "wisest decision".

He said Mr Craig went ahead with the interview without consulting him, even though they had reached an agreement that they would make joint decisions.

He said he partially blamed Ms MacGregor for the party's failure to gain a seat in parliament in the 2014 election.

Her resignation created the "wrong sort of media interest two days out from an election".

After the 2014 election, the board sent a letter to Mr Craig with some changes to the way the party was run, aimed at keeping family values and a good public front for the party.

Mr Dobbs told the court that Mr Craig had given millions of dollars to the party, while other donors had given six-figure sums.

Meeting between Dobbs and Williams

Earlier this morning, Mr Dobbs told the court about a meeting he had with Mr Williams in June last year, when Mr Williams first showed him a pile of love letters, poems, emails and notes from Mr Craig to Ms MacGregor.

"If I had seen the reciprocal nature of the information I would still have believed that in this situation Colin showed very poor judgement and now risked serious embarrassment for himself and his family, but I personally would not have thought that he had sexually harassed Ms MacGregor."

Shortly after, Mr Craig stepped down as party leader while the board considered the leadership.

Mr Dobbs said he had hoped that Mr Craig stepping down would have avoided sensitive and disputed matters becoming public.

However, the same day it was announced some of the documents Mr Williams had were leaked through Whale Oil.