Colin Craig's former press secretary Rachel MacGregor has told a court there was nothing romantic about text messages she sent to him.

Ms MacGregor is giving evidence in the High Court in Auckland in the defamation trial against the former Conservative Party leader. 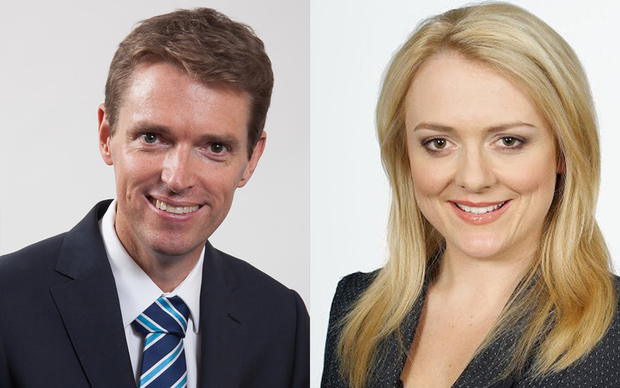 Yesterday, Ms MacGregor said she had been sexually harassed by Mr Craig over a long period of time.

She also told the jury that she had not been paid by Mr Craig in the four months leading up to the 2014 election.

During cross-examination today, defence lawyer Stephen Mills read out texts that she had sent to Mr Craig in 2011.

In one text, Ms MacGregor said "you make my heart melt" and in another she said "I wish I could say goodnight the way I want to".

Ms MacGregor said that, at the time the texts were sent, she and Mr Craig were very close.

She said Mr Craig had been flattering her and saying lovely things about her.

But Ms MacGregor said her texts were not romantic, and she never had any romantic feelings towards Mr Craig.

Earlier today, Mr Mills asked Ms MacGregor whether it was a good time to raise her pay issues with Mr Craig just two days before the election.

He also asked her whether she thought Mr Craig's entire focus would have been on getting 5 percent of the party vote.

She agreed with that, but said if Mr Craig was really focused on getting into Parliament, he also needed to look after his staff and be a good employer.

She said she was being put under a lot of pressure and was being sexually harassed by Mr Craig.

Taxpayers' Union executive director Jordan Williams is suing Mr Craig over comments he made at a news conference and in a widely distributed leaflet in July last year.

Mr Williams has said that Mr Craig's comments suggested Mr Williams had been dishonest and made up allegations about why Ms MacGregor had left her job.

The trial, before Justice Katz and a jury, is expected to last another four weeks.