Former Conservative Party leader Colin Craig called himself Mr X and interviewed himself in a leaflet he published about dirty politics, a court has been told. 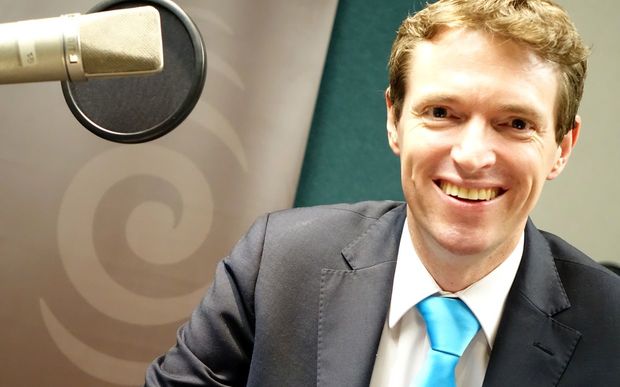 Mr Craig is being sued by Taxpayers' Union head Jordan Williams, who says Mr Craig made false allegations about him in the leaflet and at a news conference in July last year.

The case revolves around Mr Craig's relationship with his former press secretary, Rachel MacGregor, who resigned suddenly just before the 2014 election.

For the Colin Craig defamation trial in a nutshell click here

Mr Craig gave more details about the Dirty Politics and Hidden Agendas leaflet under cross examination in the High Court in Auckland this morning by Mr Williams' lawyer Peter McKnight.

He said he wrote opinions about dirty politics in the leaflet that were paraphrased conversations with people, including political strategist Simon Lusk.

He said those paraphrased conversations were not endorsed.

Mr Craig said he used the nom de plume Mr X in the leaflet, which he said was a literary device.

He did not agree with Mr McKnight that he was being dishonest or reckless.

Letter to press secretary read out in court

Later in the day, under cross-examination from Mr McKnight, Mr Craig read out a letter he had written to Ms MacGregor.

He described a number of ways she was wonderful and beautiful, including the way she looked and dressed.

Mr Craig told the court he was trying to encourage and build her up but in hindsight it was inappropriate and he had gone too far.

He said he thought Ms MacGregor was eccentric and quirky.

There was one occasion when he asked her not to wear a low-cut top because he felt it was not appropriate, he said.

He was floored the day that she resigned and he was totally unaware that she was going to make an allegation of sexual harassment, he said.