A private tertiary institution has been accused of charging foreign students for pass marks on their exams and improvements in their attendance records. 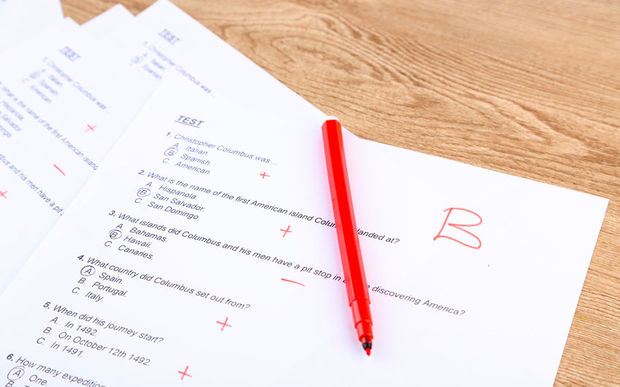 The Qualifications Authority said it was looking into the private tertiary institution, but it was too early to speculate on any possible action. Photo: 123RF

An Auckland man says a Chinese student he directed to the college paid several thousand dollars in return for falsified attendance figures and passes on two papers.

The man said the student was one of three he sent to the institution. The students were the children of relatives from China and he received a commission for acting as a "sub-agent" and securing their enrolment.

The man, who asked not to be named, said the students told him they noticed some of their classmates were getting good marks even though they seldom turned up to lectures and had bad English.

He said they were told they could purchase results and attendance figures from one of the staff at the college.

The man said one of the three students decided to do that because his attendance was well below the 90 percent required by his study visa.

However, he was unable to agree on a price and later went to the Qualifications Authority to complain about the practice. The complaint did not proceed because he did not have hard evidence.

The man said the student and another who enrolled in late 2013 left the school before finishing their two-year business diplomas but did not get any fee refund.

He said the third student stayed at the school and paid for both attendance and pass marks.

The man said the student completed his studies earlier this year, but the education he got from the institution and his command of English were so poor he had not been able to get a good job.

The quality assurance manager at the college told RNZ he was not aware of any NZQA investigation.

He said he did not believe the allegations and they could not be true.

The manager said the institution had between 600 and 700 mostly foreign students and he had never heard of such practices before.

"This is the first instance of this, which is, I have to say, absolutely outrageous," he said.

"It's completely ridiculous that an organisation would offer essentially a rate card to get people through rather than actually doing what they are paid to which is teach them and have students pass. It's shocking, absolutely shocking."

NZQA said it was unable to give details of its investigation.

"Offering you any further information at this point could compromise NZQA's investigation," it said a statement. "We will advise you once the investigation is complete. Until such time, we are unable to answer any further questions."