A raw milk silo at Fonterra's Edendale plant in Southland has collapsed, with the Fire Service called to the scene and the site evacuated. 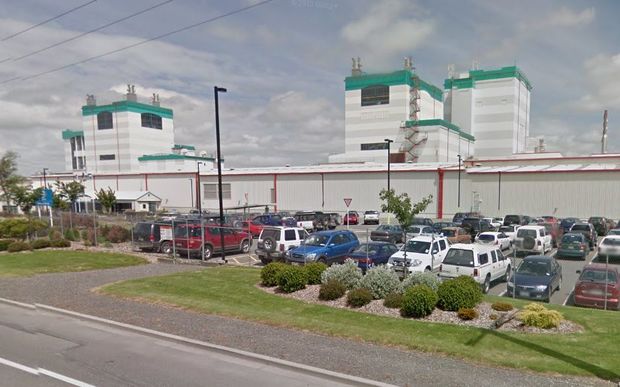 The Fire Service said it was alerted about 2pm, and about six fire trucks and 40 firefighters responded.

Fonterra said all of its workers were safe, and the cause of the incident remained unknown.

The company's chief operating officer, Robert Spurway, said the collapse damaged a nearby pipebridge, creating a loud noise heard by those in the vicinity, which sounded like an explosion.

Mr Spurway said the damage might take weeks to repair.

But he said the silo was one of about 100 on site, representing less than 10 percent of Edendale's total capacity for raw milk storage.

The Fire Service's media liaison officer at the site, Steve Lee, said the silo that collapsed was 15m by 4m.

The plant had been evacuated, except for essential staff and emergency services, he said.

Southland Fire Service Area Commander Bruce Stubbs told Checkpoint with John Campbell it was the threat of chemicals at the site that had prompted the evacuation of the buildings.

"There are two tanks that still have some milk in them, and we're working with Fonterra to decant that."

He said the job now was to ensure the safety of the plant and the other silos.

"At the moment ... we're just assessing the structural integrity of the silos near the one that's collapsed and we're just making sure that those are safe and won't collapse either."

There did not seem to have been an explosion, just a collapse of the raw milk silo, he said.

"It's just milk at this stage, the other parts that were connected to the silo - there's a lot of piping that moves it around as well as other services and chemicals that connect in and around the collapsed area," he said. 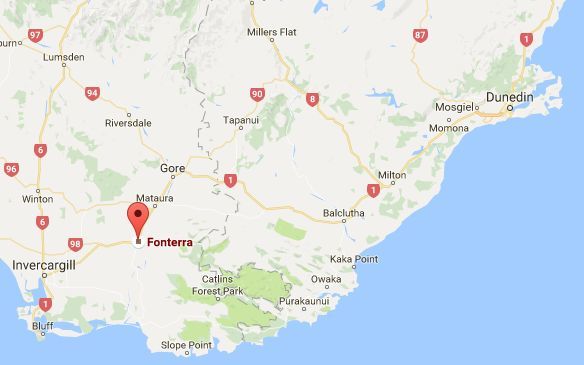 Edendale resident Kaye was working at the counter of Donald Electrical, a store near the plant, when she said the power went off for about five seconds and she heard a huge bang.

The manager of a nearby gas station, who did not want to be named, told RNZ that he heard a loud bang earlier in the afternoon.

The man said he could see flashing lights and a lot of activity but did not know what had happened.

The section of SH1 Mataura to Invercargill closed during the incident has reopened.

UPDATE: SH1 Mataura to Invercargil is now open in both directions. ^TF^TF

Edendale is Fonterra's largest operations site, with 600 people employed at the site.

Fonterra's website said the plant had been in operating for over 133 years, making it New Zealand's oldest manufacturing site.

It processes more than 15 million litres of milk per day, about 650 tanker loads.