The government and Auckland's next mayor could be at odds over how to plug a $4 billion gap in funding for an agreed list of transport projects during the next decade. 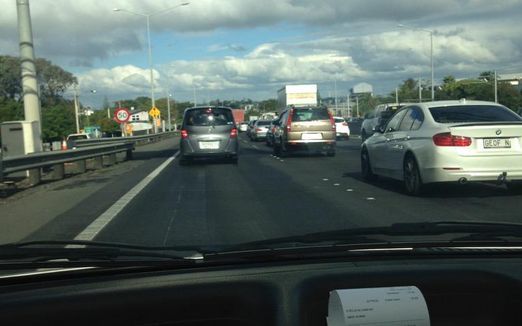 Transport Minister Simon Bridges will say nothing about how the funding gap will be met - only that it will be the next big discussion.

He said a new way of charging for road use could be 10 years away.

Mr Bridges was not keen on a regional fuel tax, which was favoured by leading mayoral candidate Phil Goff.

The government planned to pick up the issue with the new mayor and council after the October elections.

"You know there's a high profile mayoral candidate who has some views on that, but I think what is also true is the government has said time and time again that a regional fuel tax is certainly not a preferred approach of ours," said Mr Bridges.

The total cost of the projects for the first decade is $24 billion rising to $83 billion after 30 years.

The government and the council have agreed to greenlight seven major transport projects over the next decade, which could be managed by a new agency.

Both Mr Phil Goff and and fellow mayoral candidate Vic Crone have ruled out selling off the region's key assets, such as the Airport and the Port.

But Mr Campbell told Morning Report it was a good idea.

"Auckland has to keep moving, we can't have gridlock so how are we going to pay for it? Well we could recycle some assets and there's all sorts of land and there's certainly the port company and other things that are obvious and immediate.

"So that's an immediate source and would be an act of goodwill to the government to say that 'we're prepared to put some more skin in this game'."

Mr Goff has urged the superfund to invest in the region's infrastructure projects to help cover the shortfall.

Mr Goff told Morning Report he was approached by the superfund chief executive Adrian Orr, who was interested in investing in Auckland.

He said it would be greatly welcomed if a New Zealand owned fund decided to get involved in Auckland's big projects.

The Super Fund said investing in the country's infrastructure was an area of interest - but would not confirm if transport investments in Auckland were in the pipeline.