The horrors of the Battle of the Somme 100 years ago - and New Zealand's involvement in it - have been marked with ceremonies in Northern France. 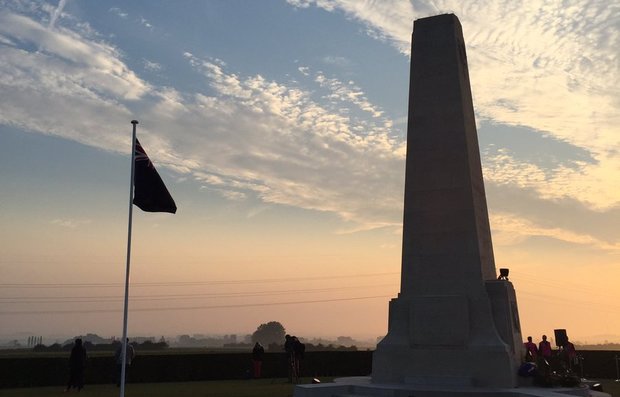 The New Zealand Memorial near Longueval, where commemorations of the 100th anniversary of the Battle of the Somme have been taking place. Photo: Twitter / MFAT

The ceremonies started at 5pm NZT on Thursday.

The battle was the first major conflict on the Western Front and lasted for five months, ending with more than one million people killed or wounded.

New Zealand soldiers were on the Somme for 23 days and 2111 of them were killed in that time.

The New Zealand dead are buried in numerous war grave cemeteries throughout the region but the commemoration is focusing on two places - the New Zealand Memorial, near the village of Longueval, and the nearby Caterpillar Valley Cemetery.

The day started with a dawn service, which was followed by the national commemorative service, and will end with a sunset service at the end of the day.

He told the gathering that none came further to serve than the New Zealand Division.

"On the Somme, they confirmed their reputation as exceptional soldiers, they engaged with boundless courage and tenacity in defence of values of liberty that we still hold dear to this day."

A New Zealand Defence Force contingent led the services, and a special piece of music composed for buglers and drummers played at the Sunset Service.

An RSA member with the Defence Force contingent at the commemorations said it was important the sacrifice made by so many was recognised by the younger generation.

Bob Hill said those who served in World War I did so out of a sense of obligation, but were also seeking adventure.

"We were a very young nation in those days. In a population of just over a million, 100,000 joined up, 60,000 went overseas and a lot lost their lives. So I think before we go forward we've got to go back and look at the sacrifices our forefathers made to put us in the position we are in now."

A New Zealand woman who lost two great uncles in the Battle of the Somme said she felt only sadness at their loss.

Sidney Wilton, who was 29, and his 27-year-old brother Hugh, were Wairarapa farming brothers who were with the New Zealand Division when it joined the battle early on the morning of 15 September, 1916.

The two brothers, who had joined up together and set sail from New Zealand on 5 February 1916, both died on the same day.

They were in the New Zealand Rifle Brigade, part of the New Zealand Division. Like many of the soldiers on that day the Wilton brothers would have been anxious, not knowing what to expect.

The call would have gone out to go over the top and it was likely that this was when the Wilton brothers died. Nothing was heard from them after that.

Hugh Wilton was eventually found and was buried at the Bulls Road Cemetery, but Sidney's body was never located. 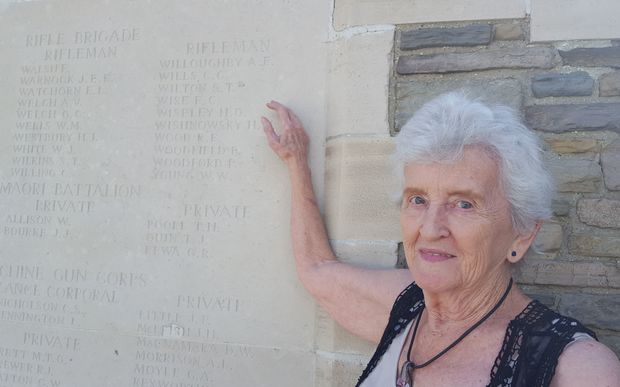 Shirley Field at the memorial where her great-uncle Sidney's name has been carved. Photo: RNZ / Andrew McRae

Shirley Field, their great niece, was visiting the Somme region to attend the centenary commemorations.

It was the first time she had been able to pay her respects to the two uncles she never met.

Ms Field said the two wrote home to their mother.

"They told her France was a beautiful country, but it was just a shame to be here in such sad times."

She said they arrived in April 1916 and before they entered battle in September they had a good time.

"The locals were very nice because they sold them eggs and fruit so they did like it here."

Mrs Field said that on visiting the area where the men died, she felt happy to be able to remember them, but it also made her sad.

"What sort of adventure was it [for them] but what can you do with lads, that is what they do. 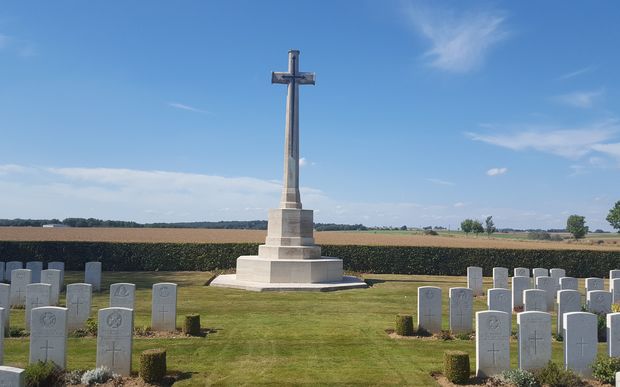 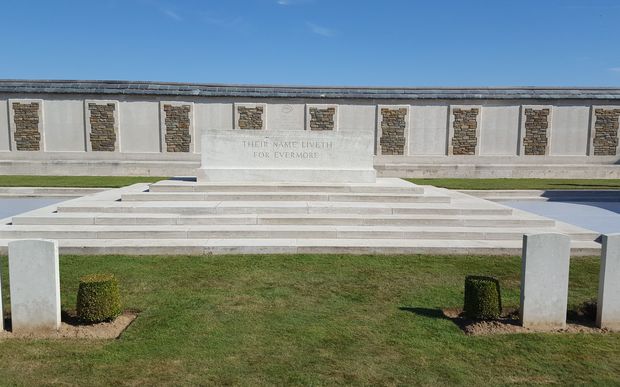