As an RNZ investigation reveals evidence of migrant workers being scammed thousands of dollars for fake jobs, cases of suspected job-selling for visas are emerging.

The Association for Migration and Investment warns paying for jobs as a way of obtaining visas will be the next big scandal to hit the immigration system. 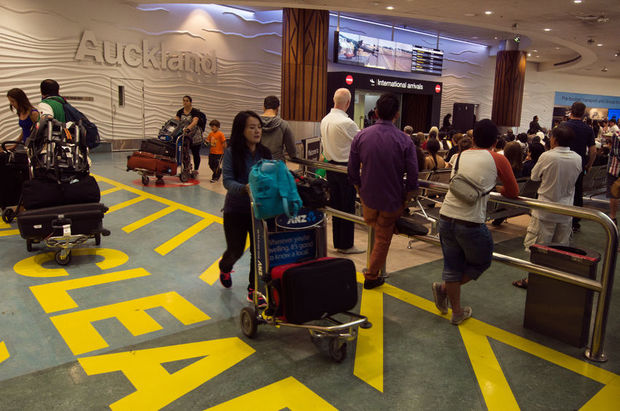 The Association for Migration and Investment says paying for jobs to obtain visas is the next big scandal (file photo). Photo: 123RF

Cases have emerged which paint a picture of how desperate immigrants are paying thousands of dollars to rogue immigration advisers and companies to validate their applications for work or residence visas.

The tribunal said the complainant, Parminder Gill, was being exploited by his employer after paying $16,000 through bank accounts in India to 'buy' a job.

In its decision the tribunal explained: "Money is used in part to "purchase" employment in New Zealand with or without the funds being remitted to New Zealand. Then the parties present that employment to Immigration New Zealand as genuine in order to gain visas fraudulently. In such cases, there is potential tax evasion, immigration fraud, breach of employment laws, and human trafficking issues."

The complainant alleged the employer exploited him by paying $120 a week and providing food and accommodation, and that the employer later even reduced those wages.

A separate tribunal case decided last month showed how a Chinese immigrant paid Auckland immigrant advisers' company Ancheng International $24,000 to organise a visa and a job as a chef paying $31,000 a year.

The tribunal heard Zhang had taken the immigrant to work in a restaurant which was not the one on his work visa. He was paid about $5 an hour and when he objected the adviser took him to a series of workplaces where the employers paid him less than the minimum wage.

Zhang has already appeared in court, was sentenced to 10 months' home detention and ordered to pay $30,000 reparation and do 300 hours of community work.

Immigration officials have also been trying to crack down on companies selling jobs to immigrants, including one which has supported almost 100 visa applications to Immigration New Zealand. Many of the employees left the company after their visas were approved.

Immigration New Zealand turned down a residence application for a woman working for one of the businesses, a finance company, although she appealed her case to the [https://forms.justice.govt.nz/search/IPT/Documents/Residence/pdf/res_20160426_202745.pdf

Immigration and Protection Tribunal which ordered Immigration New Zealand to review its decision].

'Job-selling is a real problem'

Richard Small, chair of governance of the New Zealand Association for Migration and Investment, said paying for jobs as a way of obtaining visas will be the next scandal.

"I've long believed and known that job-selling is a real problem. Most immigration advisers have anecdotes they can tell you about clients or would-be clients who come to you and tell you about a premium that's to be paid for a job in the IT industry."

He said it was important not to demonise one industry, as happened with the Filipono dairy workers, but it was pleasing to see prosecutions.

A clear definition of job-selling should be put into legislation following revelations of students scammed over visas, he said. "I think it's where there is money changing hands that has nothing to do with merit and it's people getting employment solely for the reason of meeting immigration criteria rather than the immigration system supporting legitimate skills shortages.

Immigration New Zealand said it did not hold figures on how many cases of job selling there had been.

Assistant general manager Peter Devoy said there were 44 successful prosecutions between July 2014 and July 2016, including 11 cases of providing false and misleading information to an immigration officer.

"Potentially some of the 11 may relate to the provision of false job offers however, due to the way the information is collated we are unable to breakdown this figure any further."

He said Immigration New Zealand declined applications for a work visa where it considers that the employment was offered as a result of a payment made by the applicant to the employer in exchange for securing that offer of employment.

"Once a high-risk employer was identified an immigration alert would be loaded against the client's record in our Application Management System database and would provide information to INZ staff when they are required to make a decision in relation to the client."