Evidence that Kim Dotcom was not allowed to present at his extradition hearing would not have helped his case anyway, the Crown says. 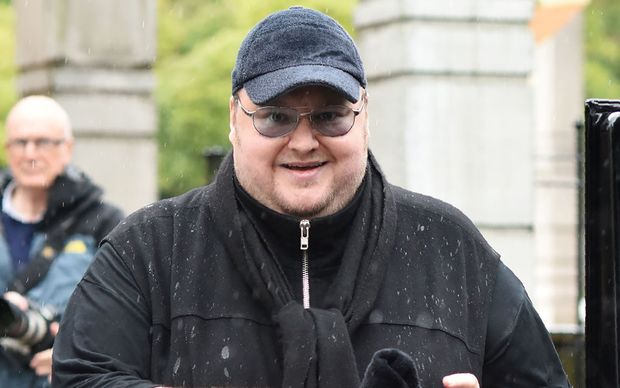 At the beginning of the appeal, which is taking place in the High Court in Auckland, the men's defence lawyers said the district court judge failed to keep an open mind and give meaningful consideration to their arguments against extradition.

Mr Van der Kolk and Mr Ortmann's lawyer, Grant Illingworth, told the High Court that, crucially, the court had not let the men present evidence of unlawful US behaviour.

"[That includes] a massive search and seizure, manufacturing a situation of urgency in order to get procedural shortcuts ... covering up the unlawful activities that preceded the [arrests], downstream attempts to cover that up including a police officer giving incorrect information to this court, [and] unlawfully sending clones of hard drives overseas."

They had also been prevented from presenting evidence from US extradition law experts that would have shown the charges were not extraditable crimes, defence lawyers said.

Today, Crown lawyer Christine Gordon, who is acting for the US, said the evidence the men wanted to produce was either irrelevant to the extradition case, or would not have been enough to destroy the initial case against them.

"That would require showing that some part of the US evidence ... must be regarded as completely unreliable or defective."

None of the evidence the men had wanted to produce could do that, Ms Gordon said.

Defence lawyer Ron Mansfield's arguments had "a certain oratorial ring" but they were roundly contradicted by the concrete evidence the US had presented at the extradition hearing, she said.

However, Ms Gordon came in for intense questioning from Justice Gilbert over whether it was fair to prevent the men from presenting the evidence they had wanted to.

There were two issues the District Court had to decide, Justice Gilbert said: whether the offences were extraditable ones, and whether there was an initial case.

He asked Ms Gordon whether, if she was wrong about how relevant the evidence was, that could mean the extradition hearing had not been fair.

"The stakes are high here, aren't they? So high levels of fairness are required," Justice Gilbert said.

"You say it's just not relevant, but if you were wrong about it - and I've heard lengthy submissions offering a different point of view - then is it a fair hearing?

"You might say, very unlikely to have made a difference ... but nonetheless it's not an impossibility, and the court would be wrong, would it [not], to exclude relevant evidence?"

He was not signalling any conclusion and was keeping an open mind, he said.

Crown lawyers have argued on behalf of the US that Megaupload was a "simple scheme of fraud" that wilfully breached copyright on a huge scale by hosting illegally-created movie, music and software files. The site aided and abetted users who uploaded popular illegal files by paying them financial rewards, the US said.

Mr Dotcom's lawyers argued Megaupload was set up as a legitimate file-storing site, and there were a large number of people who were using it for that purpose. They said their client could not be held responsible for the illegal actions of some users.