A woman, in her 40s, has been struck down with a rare nervous system syndrome after last month's campylobacter outbreak in Havelock North. 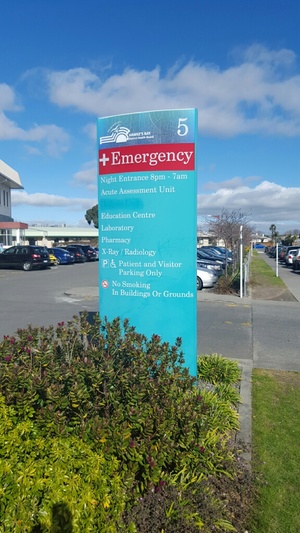 She has been in Hawke's Bay Hospital since Friday with symptoms of Guillain-Barrē syndrome, which includes rapid onset of muscle weakness caused by the immune system damaging the nervous system.

The district health board said the patient had diarrhoea last month, when more than 5000 people were hit by gastrointestinal illness caused by drinking water contamination.

It said she was in a stable condition and progressing well with the treatment she had received.

The initial symptoms of the long-term syndrome include tingling, pain, and muscle weakness - starting in the feet and hands. It frequently spreads to the arms and upper body.

In the most severe cases, it can lead to symptoms resembling almost total paralysis.

Infectious disease specialist Dr Andrew Burns said it was important for anyone with those symptoms to seek medical help.

"Early treatment of this condition can impact on the severity, so early diagnosis is important.

"It is important that complications to campylobacter are identified early."

An expert on the syndrome, Dr Gareth Parry, told Checkpoint with John Campbell treatment was effective if it was started within two to three days of detection.

He said about 70 percent of patients made an excellent recovery but others could be left with varying degrees of disability.

Dr Burns had previously said, at a news conference in August about the outbreak in Havelock North, that between about 10 and 40 people could present with joint pain called reactive arthritis over the next few weeks.

He had said that Guillain-Barré syndrome was a possible later long-term effect of the bacteria.

Hawke's Bay DHB chair Kevin Atkinson said today that up to three to four cases could be expected, but it was difficult to predict who it might affect.

The DHB has advised people with symptoms to call their family doctor, visit after-hours services to get a health professional's advice, or call Healthline 24/7 free on 0800 611 116.

Meanwhile, the government today announced the terms of reference for its independent inquiry into the town's water contamination.