Three climbers plucked off Mount Taranaki last night were caught in falling debris while the rescue operation was under way. 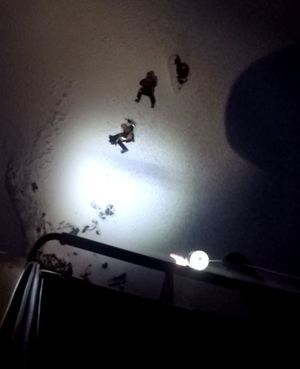 Taranaki rescue helicopter crewman Andy Cronin said the men were stuck in a precarious position and rescuers had to navigate falling rocks and lumps of ice to reach them.

They were near a feature called The Policeman on the eastern summit track and were roped together on a steep slope.

Mr Cronin said the rescue happened in challenging conditions just as it was getting dark last night, and once the rescue team was on the ground it was even worse.

"There was a lot of falling ice that was affecting our team," he said.

"It was not a pleasant place for our team to be put on the ground, it was very steep with a lot of falling debris, so it was very challenging.

"Once we located the climbers we winched our guys a bit further north on the mountain because of the risk of the the falling ice and they walked across to the climbers."

Mr Cronin said there were three rescue flights in total. 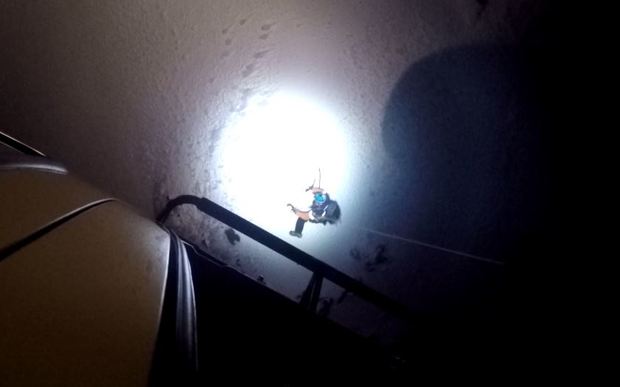 He praised the climbers for staying together, as well as their colleagues off the mountain for raising the alarm early.

He added the the helicopter crew, who had to use night-vision goggles, plucked the last of the men to safety at 8pm, before returning to pick up the rescuers.

The trio, one of whom had a suspected broken arm, were transferred to Taranaki Base Hospital for treatment.