Some 2000 New Zealand soldiers died in the "shocking, horrifying" trenches of the Battle of the Somme. Ahead of this week's centennial Andrew McRae looks back at the WWI battle. 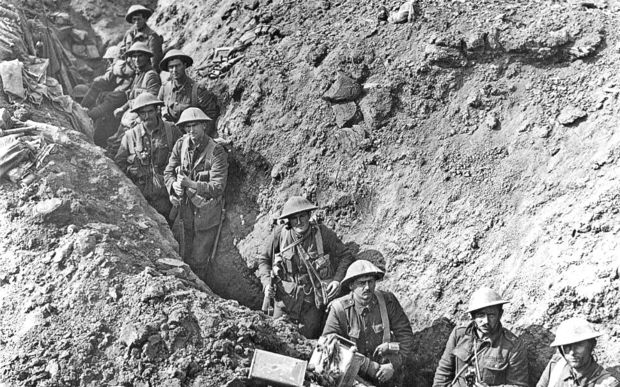 New Zealand infantry in the Switch Line at the Battle of Flers-Courcelette, September 1916. Photo: Wikicommons

The New Zealand Division joined the Battle of the Somme on the Western Front in France in September 1916. The battle itself started in July.

Over the 23 days the New Zealand Division was in the battle along both sides of the River Somme. It took part in five major attacks, the first on 15 September 1916.

The Somme was a holocaust ... it was known as the bloodbath Veteran Jim Warner speaking in 1982

New Zealand had 15,000 soldiers in the battle and the casualty rate was huge, with nearly 6000 men wounded and 2111 killed in action.

The battle was New Zealand's first major engagement on the Western Front in WWI.

Professor Harper said the New Zealanders arrived on the Somme in fairly good condition even after about three days marching, but at the end of the 23 days, it was a different story.

"They were a spent force and the men had really reached the limits of endurance."

"No sleep, no food, very little water and being asked to make repeated attacks, " he said.

More than half of the 2111 New Zealand soldiers killed in the battle have no known grave, and are commemorated on the New Zealand Memorial to the Missing in Caterpillar Valley Cemetery, near Longueval, France.

On Thursday, 15 September commemoration ceremonies will be held at the memorial, starting with a dawn service, to be followed by the National Commemorative Service and a sunset ceremony.

The total toll in the Battle of the Somme, which raged from July to November 1916, was a staggering 1.2 million men including an estimated 600,000 German soldiers. 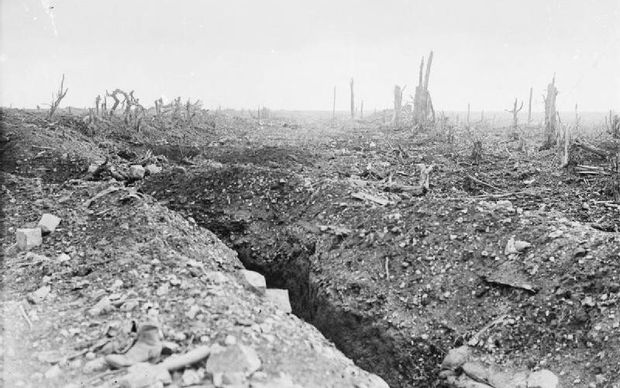 Professor Harper believes the British generals were convinced a breakthrough was coming and the Germans were on the edge of defeat.

He said important lessons were learned that set the foundation for successes later in the war.

"The lessons were terribly costly for those doing the fighting at the sharp end."

He said the learning curve in battle could also be described as a blood curve, with soldiers suffering as commanders made mistakes.

"New Zealand was a small cog in a big military machine."

Historian Ian McGibbon, who has written New Zealand's Western Front Campaign, said New Zealand performed admirably - attacking a section of the German line near the village of Flers in the Battle of Flers-Courcelette.

On the first day the New Zealand Division captured almost all of its objectives.

"We did everything required of us in that battle."

He believed the allied troops came off the Somme with a highly optimistic attitude feeling a superiority over their enemy.

"They had gone through the crucible and come out and would like another chance to assert their superiority."

Dr McGibbon said looking back 100 years later, the strategy of the Allied commanders was wrong in thinking it was possible to push right through the German line.

"Attrition really demanded a much more measured approach, which they developed in 1917."

James (Jim) Warner was in the New Zealand Division sent to France in May 1916, aged just 19.

"The Somme was a holocaust of course. It was known as the blood bath and that really describes it as such." 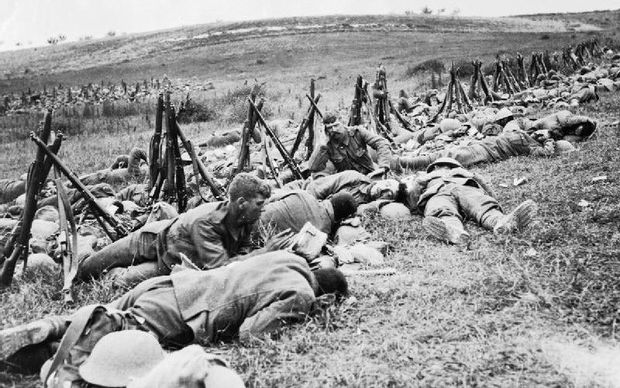 Men of the Royal Warwickshire Regiment, their rifles stacked nearby, lying exhausted in the grass in a rear area. Photo: Wikicommons

"A bird couldn't whistle through the shells, they were so thick," he said.

When asked what life was like in the trenches he answered - in a truly understated way - "Not the best, no."

Another, unnamed, veteran of the Somme described it in similar terms.

"Mud, Mud, Mud. Trenches half full of mud. If it rained you had to go over the top because you couldn't get through the trenches."

He described sitting in a hollow one day out of the rain when the bank came down on top of them.

"The ground was loose and dead Germans had been buried there and the whole lot came down on top of us."

"We were wet through the whole time, shocking."

A young New Zealand officer who later became a major-general, Lindsay Inglis, said the trenches "were just depressions through the whole field of shell holes".

"Every foot of the ground had been churned up by shells and mixed in with the dirt of the shell holes were bits of bodies and dead men and green flies that walked on everything.

"It was an absolutely shocking, horrifying place." 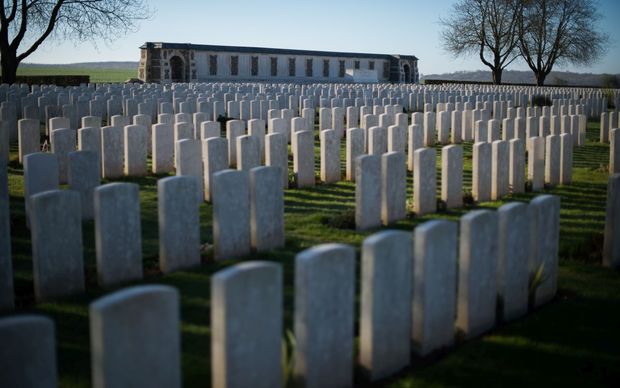