A Colin McCahon painting which sold for a record $1.35 million will join the buyer's personal collection, but may be shown in public in the near future. 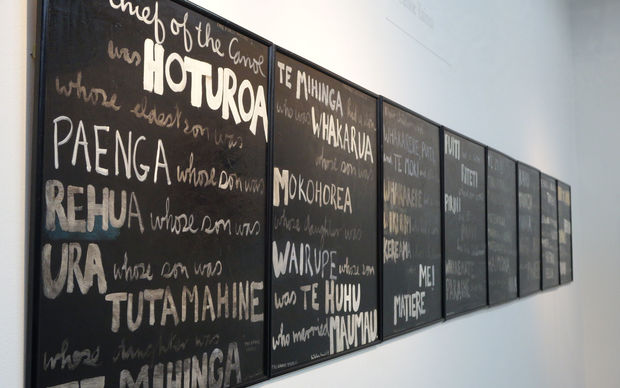 The Canoe Tainui, was painted in 1969, is made up of eight black panels that depict the Tainui whakapapa of McCahon's grandson.

The artwork was owned by the late Tim and Sherrah Francis, and was on the market for the first time in 50 years as part of a sale of their extensive private collection last night.

They bought the painting in 1969 for $500 and took it with them on their diplomatic postings around the world.

More than 100 people gathered in Auckland's Art & Object in for the auction last night, but the bidding came down to two people when the star of the night was on the block.

It was purchased by art dealer, John Gow, on behalf of a buyer who wished to remain anonymous.

"It is for their personal collection but it will be seen in the public in the not too near future," said Mr Gow.

He had started talking to the New Zealand buyer about The Canoe Tainui six months ago.

"I knew Tim and Sherrah well, it was the crown in the jewel of their collection, it was the painting they truly loved.

"I remember walking into the embassy in Washington years ago and being blown away by it, I wanted the painting to go to someone who would appreciate it and understand it so it is important for me that it goes to the right place - and I believe it has."

Art & Object director Ben Plumbly said auctioning the painting was the highlight of his career, and it was unlikely New Zealand's art scene would see such a high price at auction any time soon.

"When you attach the buyers premium, and GST, it will come in at over $1.6 million which is fantastic," Mr Plumbly said.

He said the previous record at auction was $1.2 million inclusive for a Goldie portrait.

"When you have a painting for that value it can be hard to get bidders, but we had two people who were really keen.

"It's a big leap for the market - for a contemporary painting to sell for in excess of $1 million is amazing." 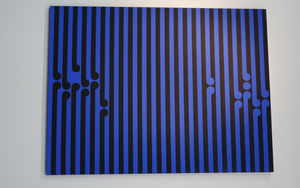 The rest of the Francis' collection will be auctioned tonight.