A painting by one of New Zealand's best-known artists has sold for a record $1.35 million at auction in Auckland. 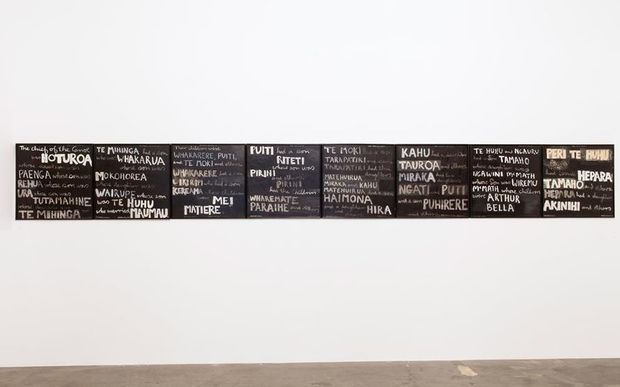 The Canoe Tainui, painted by Colin McCahon in 1969, is the most expensive painting to be sold at auction in the country's history.

It went under the hammer as part of the collection of the late Tim and Sherrah Francis.

The painting comprises eight panels, representing the whakapapa of Tainui.

It was bought by a bidder in the room.

In April, Charles Frederick Goldie's 1941 oil portrait of Wharekauri Tahuna sold for - at the time - a record $1.175m.