Homeless women too embarrassed to beg for sanitary products are among the people a group of university students is trying to help with a new social enterprise.

Nikita Kapoor started Feel Good Period as part of an assignment for her marketing class. She decided to talk to some of Auckland's homeless to get a better understanding of what their needs were.

"I was talking to one lady and she mentioned menstruation and I was actually taken by surprise. Being a female myself I never thought how difficult it would be for them to reach out to other people, to strangers.

"In her example, she mentioned how much of a struggle it is to have tampons or pads because it is not something that people actively donate. It's somewhat easy to ask random strangers for money, for food, but it is embarrassing asking a random person for sanitary products." 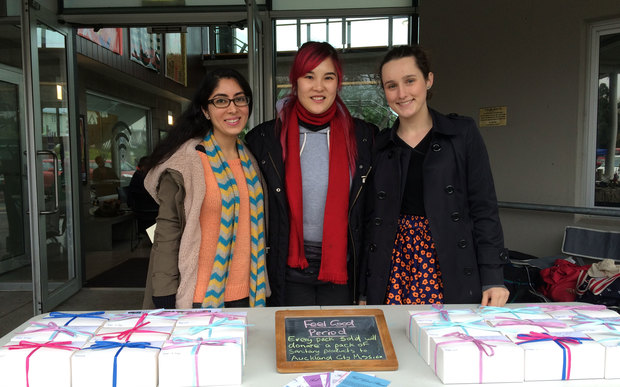 All women should have access to sanitary products, Miss Kapoor said.

"It does not matter where they are, who they are. It's a right and these sanitary products are a necessity and all females should feel good".

Through her research, Miss Kapoor found shame and stigma around having a period still exists.

"We noticed even going to the supermarket and observing what was going on around us. You notice females, even the ones buying the products, they wouldn't put them at the top of the basket, they would usually pick this up and they would try to cover it up with other products.

"It's surprising that in this time people just don't feel comfortable with this topic."

In only a few months, Feel Good Period has grown from a university assignment into a sustainable business that works closely with local charities. 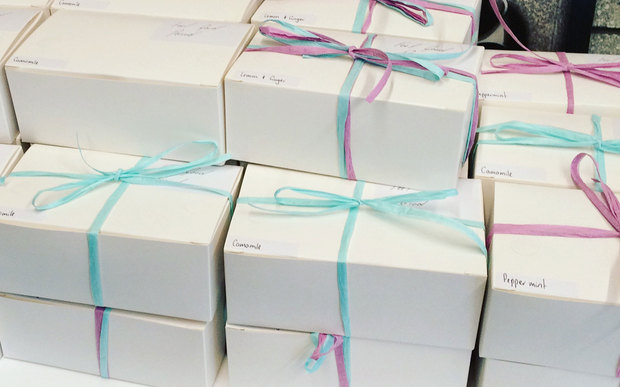 "Every woman goes through 500 periods in their lifetime, which is a huge amount, and each time the minimum you are spending would be $10. It is usually more than that with all of the things that we have to buy as well. The price is huge.

"When we interviewed other people [about] how much they are spending, the price ranges from $10-50 each month. Buying the sanitary products, the pain relief, the feel good items with the chocolates and heat packs."

Miss Kapoor contacted Labour MP Louisa Wall after reading about the work she was doing to ensure girls at lower decile schools aren't missing out on their necessities. Ms Wall became a mentor for the group.

Ms Wall is pleased that the problem is finally being addressed by the wider public. While there is still a way to go to erase the stigma entirely and to ensure that all women have access to sanitary products, the recent media attention has already had a positive impact, she said.

"From my perspective, the best thing that has come is that now we have got a whole lot of people working with one and other, trying to resolve the issue. We've gotten rid of the whakamā, people aren't shy about it."

Feel Good Period is not the only group working to ensure women have access to sanitary products.

Two fundraisers are being held in Auckland this weekend. At Ponsonby's Golden Dawn on Saturday, Katie Everingham's Good Gigs will host Go With the Flow, a gig to fundraise for Kidscan, which supplies schools with sanitary items.

Miss Everingham has enlisted friends to put together a bake sale and another friend has designed a T-shirt that says 'Necessity, not a luxury. Let's talk period' to be sold on the night.

She was inspired to take action after reading about girls missing school because they didn't have adequate supplies.

"I was just mortified because there's already such a clear correlation between education and quality of life outcome.

"It doesn't take a genius to establish that if girls are skipping school because of something that shouldn't be stopping them from engaging in everyday life that they're at an even further disadvantage."

Down the road that same night at Whammy Bar, Kat Saunders and the Super Rad Babes are hosting The Bloodening. A roster of all-female DJs are playing to raise money for The Salvation Army's Foodbank, which donates women's hygiene bundles to those in need.

"I think it has always been an issue, but it's the kind of thing that nobody likes to talk about. It's seen as a private thing that you should just keep to yourself.

"In 2016 we're sick of pretending that this doesn't happen every month. It's reality, so let's talk about it and the issues that come around with it too."