A New Zealand woman has been arrested in Bali after allegedly being found with a small amount of methamphetamine. 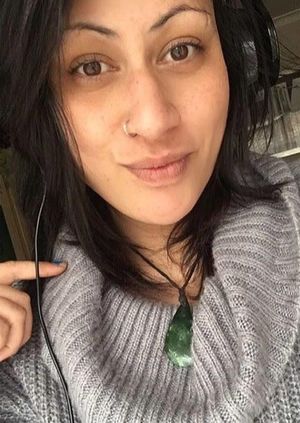 Myra Williams has been detained in Bali. Photo: FACEBOOK

The Ministry of Foreign Affairs and Trade (MFAT) has confirmed a New Zealander was detained by the authorities in Bali but could not confirm the arrest was drug-related.

Checkpoint with John Campbell has confirmed with the woman's family that she is Myra Williams, and that she was meeting up with friends on the Indonesian island.

Ms Williams' Facebook profile said she was from Taupō but had been living in Australia.

Lawyer Craig Tuck, who has experience in similar cases, said he understood the woman was arriving from Australia when she was found with a small amount of meth - reported to be 0.82g.

He said, given the quantity, she was likely facing a prison sentence if found guilty, rather than a firing squad.

She was likely to be paraded in front of a news conference and held for up to three weeks in a Balinese prison while a decision was made on prosecuting her, Mr Tuck said.

"As any European does who takes drugs or allegedly takes drugs into Bali, she will be put in front of the media with masked men and machine guns and there will be a spectacle.

"She will be held along with a number of others in very close conditions in the heat."

There was no doubt the woman would be upset because the treatment was designed to be confronting, he said.

An MFAT spokesperson said the New Zealand embassy in Jakarta was in contact with Balinese authorities and providing consular assistance to the arrested person.

Mr Tuck represented New Zealander Anthony de Malmanche, who was sentenced to 15 years in an Indonesian prison in July 2015, after being caught with 1.7kg of crystal methamphetamine.

Indonesia is known for its strict drug-trafficking laws and its use of the death penalty.