Indonesia has executed four convicted drug traffickers, one Indonesian and three Nigerians, leaving the fate of 10 others uncertain.

They were shot by firing squad shortly after midnight on Nusakambangan Island in Central Java, as the government ignored international calls for clemency and pushed ahead with its war on drugs.

The attorney general said this week that 14 prisoners, including citizens of India, Pakistan, and Zimbabwe, would be executed this weekend.

An official said on Friday the planned executions would go ahead "in stages" but declined to give a timeframe. 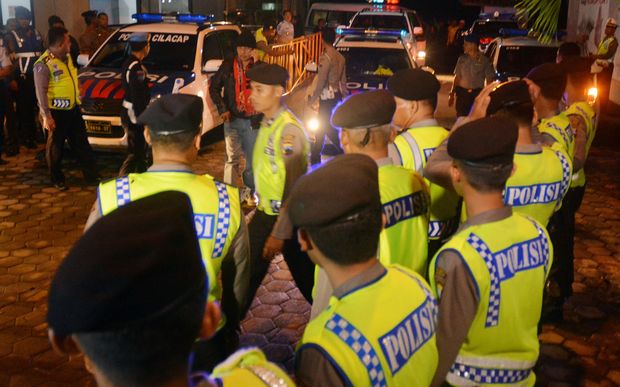 Security was stepped up at the Indonesian embassy in Nigerian capital Abuja on Thursday as protesters gathered to urge Indonesia to halt the executions. Indian and Pakistani officials said they were making last-minute efforts to save their citizens.

"We considered several factors and decided that for now four death row inmates would be executed," Noor Rachmad, an official at the attorney general's office, told reporters shortly after Friday's executions.

Rights activists and governments have again called on Indonesia to abolish the death penalty.

But that has gone unheeded by the government of President Joko Widodo, who has said drugs pose as serious a threat as terrorism in what is one of Southeast Asia's biggest markets for narcotics.

The death penalty is widely accepted by the Indonesian public, but police on Thursday had to break up a protest outside the prison by members of a migrant workers group who called for mercy for an Indonesian woman who was scheduled to be executed.

Around 152 people remain on death row in the country, including convicted drug traffickers from the Philippines, France and Britain. Authorities plan to execute 16 prisoners this year and more than double that number in 2017.