Auckland mayoral candidate Vic Crone has pledged get the cross-harbour tunnel built a decade earlier than planned, just days after refusing to commit to it.

The announcement was the centrepiece of Ms Crone's campaign launch last night, watched by cabinet ministers and National MPs - whose government may have to foot the multi-billion dollar cost. 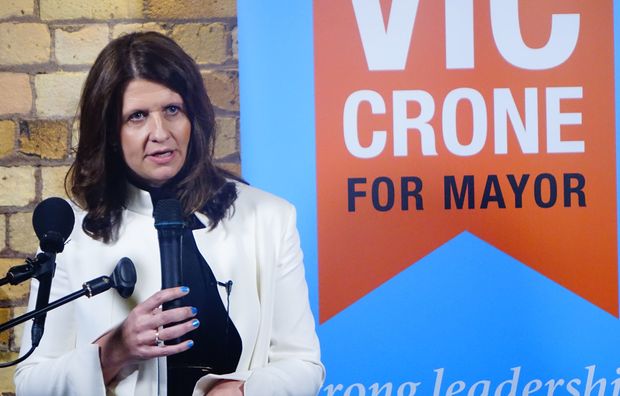 The twin tunnel project is among the Transport Agency's future projects, but has no committed funding and no start date.

Ms Crone said she could find "carrots" for the government, amounting to a $150 million down-payment, for a 2020 start. A further $600m would go towards a rapid transit project.

Watching on were Cabinet ministers Nikki Kaye and Maggie Barry, as well as five other National MPs and National Party president Peter Goodfellow.

$750m could be found from savings in Auckland Council's future budgets, and some might come from the government's recently-announced $1 billion infrastructure fund, Ms Crone said.

However, that fund was intended only for work that would accelerate the building of new homes in the short to medium-term.

The announcement appeared at odds with Ms Crone's stance at a public meeting in Milford 10 days ago.

Then, after being asked if she would back rail to the North Shore, she said she was not going to make any commitments about light rail or any other services.

"The price tags for those are anywhere from $5 to $8 billion," she said.

"If I'm going to commit to that, then I bloody well need to tell you how I'm going to fund that - we're already going broke as a council."

But last night Ms Crone told RNZ it had always been part of her plan to roll out the policy, and nothing had changed.

"I said I needed to see the business case, and that's what I've done.

"I've put forward a proposition that will work with government, and whatever the robust business case says, will determine whether it will be light rail, rail, or bus."