Patients with deadly lung cancer say they must be next in line for access to the hotly debated and expensive drug Keytruda.

It will be funded from tomorrow for those with advanced melanoma, but lung cancer patients say they need it urgently as well.

Lung cancer is the biggest cause of cancer deaths in this country, killing about 1600 people a year.

It is often diagnosed late and survival is measured in months, not years.

Dunedin man John Ashton said it came as a shock when he was diagnosed at age 47.

"Because I was a non-smoker and because I was relatively fit we didn't even think about lung cancer," Dr Ashton said. 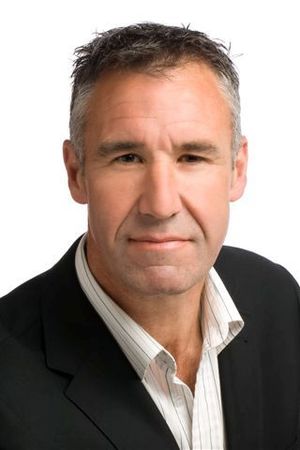 But, months later with a persistent cough and pains in his arm and chest when out running, he had a chest x-ray, which revealed cancerous nodules throughout his lungs.

He said that was achieved by an unfunded drug, Crizotinib, which he accessed as part of a clinical trial because he has a gene that is targetted by the drug.

There was a strong response and he is in remission.

"It's been a dramatic turn of events for me, from going from basically getting ready to, you know, put my house in order to being back at work, living a relatively normal life to be honest, and being fit and healthy, just because of this circumstance of being able to get this drug."

The Lung Foundation New Zealand group that Dr Ashton is ambassador for is now gearing up to fight for better access to new treatments generally, including Keytruda.

It follows registration of the drug by Medsafe for use in lung cancer as well as advanced melanoma, and the statement by drug-maker MSD that it will apply to Pharmac by year end to have Keytruda funded for patients with advanced non-small-cell lung cancer with a biomarker known as PD-L1.

Keytruda will be used in treatment eventually - Cancer Network director

The foundation's medical director, Chris Atkinson, said it was time those with lung cancer had more options.

"More New Zealanders die of lung cancer than any other cancer and there's always been a stigma that if you get lung cancer you've brought it on yourself, but there are increasing numbers of people with lung cancer in New Zealand who've never smoked."

He said chemotherapy worked well for some but usually just for a matter of months.

"What we're seeing with Keytruda and some of these other therapies in some of the instances that are coming out of the literature and in the clinical trials is not many months, we're actually seeing several years."

Dr Atkinson said that survival chances of Māori with the cancer were worse than other patients, and it was an equity issue for the country.

"We know these drugs work in most cancers but the question is how do you pick the right patient to give it to and how do you make sure you're giving them the right therapy, not just giving them Keytruda or [similar drug] Opdivo because it's new and exciting but rather because it's the best thing for them."

He said the ability to test patients would be crucial in deciding who should respond and therefore who to target it to, and testing was only just beginning in Australia.

"They can now do PD1 testing in their high-end cancer centres in Melbourne but they're not doing it in their cancer centres as a routine. So these issues are worldwide challenges."

He said they will know in a year or two which lung cancer patients would respond to Keytruda - news patients will be keen to hear.

Pharmac said there are a number of treatments for non-small-cell lung cancer (NSCLC) including a range of standard chemotherapy treatments and targeted treatments such as Gefitinib and Erlotinib.