Police attending all home break-ins won't lead to more burglars being caught, a criminologist is warning. 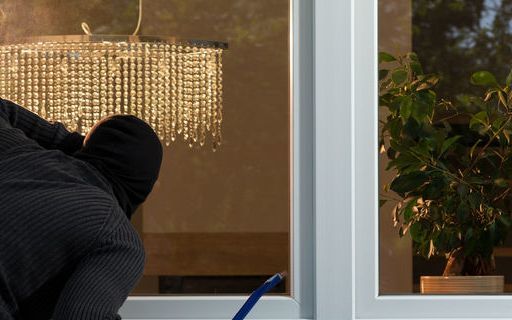 Police have announced they will now aim to attend nearly all of New Zealand's 35,000 home burglaries a year.

AUT senior criminology lecturer John Buttle said the main reason burglars were caught was because there were witnesses, but burglaries rarely have witnesses and criminals plan not to be seen.

"So the fact that police officers are going to turn up and talk to the people who haven't seen the burglar, really isn't going to make a difference to my mind."

While he said no change to the resolution rate was likely, it was hard to say what would have an impact.

Mr Buttle said the move was more about public perception.

"People will often say that they greatly appreciate when the police turn up and turn up rather quickly. So it will make the public feel happy, and it will also be a lot easier on their insurance companies because they obviously need to phone up to claim the insurance money back. Will it solve the burglaries? No it won't."

Auckland woman Jennifer McKenzie said the police response was important after her North Shore flat was burgled twice in the past month.

They forced their way through a window, then last week, on her birthday, the same happened again.

"You know the first time is horrifying and the second time ... are they watching? Am I being targeted? Why are they choosing me? Did they know I was home? All those feelings of being totally unsafe and of people going through your stuff again."

She said the first time police officers were there in minutes, checking the house to make sure the burglars weren't still there, before she went in and saw what had been taken and what damage had been done.

The second time a forensic team came the next day and were able to find fingerprints.

She said the police response had given her some sense of safety and that it was abnormal.

The Insurance Council has welcomed the move.

"Clearly burglaries add to the cost of claims so any initiative that leads to a reduction in those costs has got to be welcomed," its CEO Tim Grafton said.

"It's a significant cost if you've got 35,000 burglaries. I don't know typically what the average cost of a burglary is but if we're talking a few thousand dollars then definitely we're talking millions of dollars. But obviously for society and individuals who've been burgled, I've been burgled, it's not a very pleasant experience at all and it's good to see this kind of response coming out."