A Hawke's Bay adventurer died after his electric wheelchair's joystick cable broke, throwing him to the ground, a coroner has found. 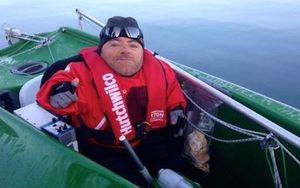 Samuel Gibson, who was 39 years old, was competing in the Hawke's Bay half-marathon when the cable failed.

Mr Gibson had brittle bone disease and had broken nearly every bone in his body during his life.

The fall, in May, caused traumatic brain injury, which was the cause of death.

He wasn't wearing a seatbelt when he was thrown from the chair, which wasn't regularly serviced.

Mr Gibson died two days after the fall. He was known as an adventurer and, among other physical pursuits, loved to sail.