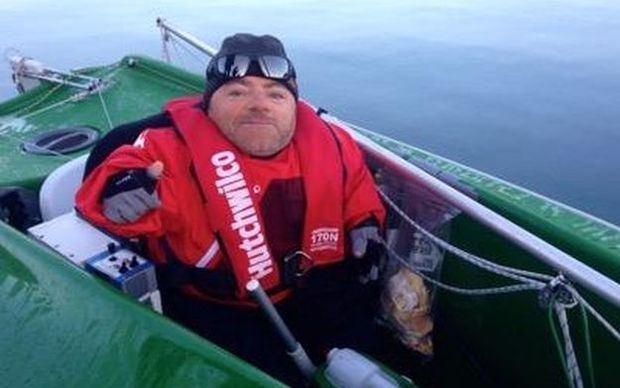 Mr Gibson, 39, suffered a fall from his wheelchair when competing in a half-marathon in Hawke's Bay on Saturday.

Hawke's Bay District Health Board has confirmed he passed away in Hawke's Bay Fallen Soldiers' Memorial Hospital this morning, surrounded by family.

He was born with osteogenesis imperfecta and had broken nearly every bone in his body during his life.

Although a wheelchair user, Mr Gibson was known for his adventures and, among other physical pursuits, loved to sail.

In a 2014 interview with the RNZ programme One in Five, he said sailing gave him freedom.

"I live in a wheelchair and on land I'm not mobile at all, on my own steam, and so out there on the water it really, it really brings a whole new dimension to that word freedom, and I'm capable a sailor as anyone I guess, on the water."

Samuel Gibson is survived by his wife Jen and two children.

On Twitter people have expressed their shock and dismay at the news.

You are such an inspiration, Samuel Gibson! Rest in peace. The world will miss a brave man like you.

Very sad to learn of the passing of Samuel Gibson. A person who gave it a go and showed the world what can be... https://t.co/aBKacJLguD