Peter Hillary and other members of Sir Ed's family have joined calls to help preserve the Trans-Antarctic Expedition Hut, the first built at Scott Base, and are trying to raise $1 million. 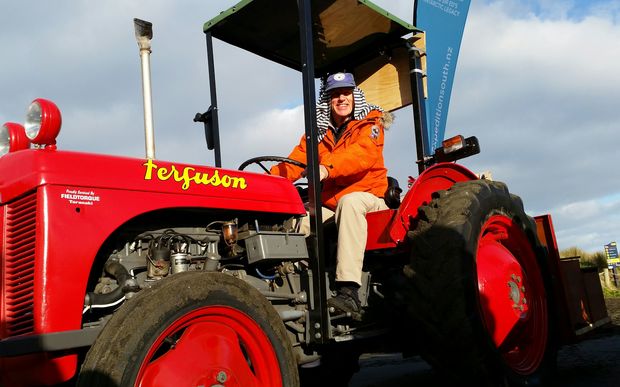 Peter Hillary with one of the tractors making the 2000km journey. Photo: RNZ / Mohamed Hassan

The fundraising drive is paying tribute to the historic expedition from Scott Base to the South Pole aboard Ferguson Tractors in 1958.

The three tractors recreating the journey in this country will stop at several schools before finishing at Aoraki Mount Cook on 20 September.

Peter Hillary said while his father's generation would probably say the hut had served its purpose, he thought it was a memory worth keeping.

He said the hut told the story of the scientists who built the hut, the research that was done, and the audacious journey on farm tractors to the South Pole. 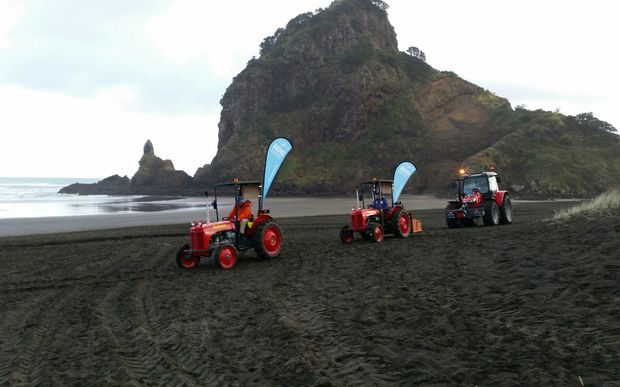 One of the owners of the 1950s tractors is Al Fastier, the programme manager for the Antarctic Heritage Trust.

He will drive his tractor for the entire 2020 kilometers,

"It's going to be a long and slow trip, because the tractors only travel about 18km/hr, which is about the same speed as a push-bike.

"I think we might be comfortably numb by the end of it."

He said it will be a challenge navigating through central Auckland with the tractors, and they were expecting bouts of heavy rain to hit them over the next few days.

"Once we get through that, hopefully the sun will shine and we'll carry on South."

The project by Expedition South has already raised more than $660,000 through an online crowd funding website and hoped to raise the remainder by the time the tractors reach Mount Cook.