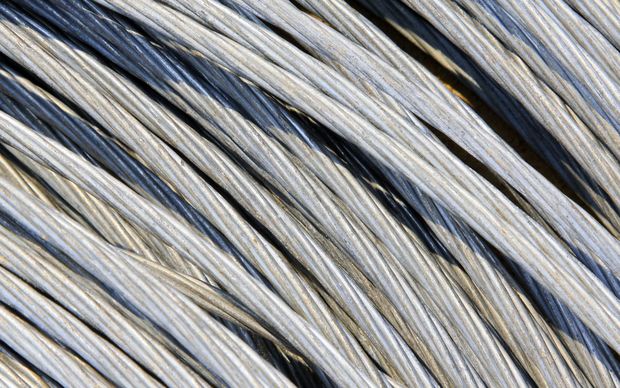 The only lab test certificates that exist for the 8,000,000 litre poo sludge tank in Mangere are not endorsed by the Chinese accreditation authority CNAS.

"If somebody wants a quick test, and obviously it's much cheaper, then that's what they supply.

"But for any purpose that's regulated, these test results that are not endorsed are simply not acceptable."

The importer that arranged to get the steel made by Fasten Group in China, HJ Asmuss, has not responded to RNZ about why the certificates do not bear the CNAS logo.

"Sometimes labs will do, deliberately, quick tests for the customer to meet a particular issue, and we don't know what shortcuts may or may not have been taken," Dr Richards said.

"So unless a test report is endorsed with the overseas accreditation body's logo, we have no assurance that it actually meets the requirements for accreditation."

A quick test does not necessarily mean it is inaccurate, but it does mean no one can tell.

A report co-authored by Watercare's project manager at Mangere shows the tank was completed under more time pressure than usual.

It stated, in part: "Completion of the concrete tank structure involved critical path works. Any time savings that could be achieved from this construction phase would, therefore, directly impact on the overall construction programme."

The project manager told RNZ the quality assurance procedures "were in line with standard engineering practices in New Zealand".

Watercare said in a statement the very highest independent construction monitoring by leading engineering firm BECA ensured all construction was up to scratch, and the job was signed off by Fletcher subsidiary Brian Perry Civil.

The report shows that despite this, inadequate checks allowed flanges that did not seal properly on to the job leading to a three-week delay.