Houses in Upper Hutt were evacuated after a car smashed into a house and ruptured a gas main. 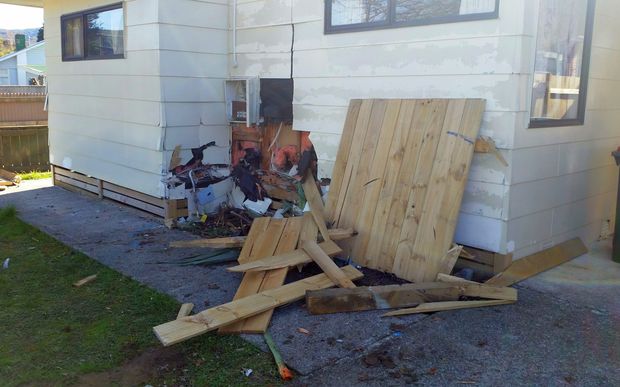 A gas main was ruptured when a car crashed into this Upper Hutt house. Photo: RNZ / Michael Cropp

Police said a driver failed to stop for police on Moeraki Road short after 8am today.

The occupant of the house hit by the vehicle was not injured, but, along with neighbours, was evacuated as a precaution while the leak was fixed.

The driver of the car was taken to hospital for assessment.

Residents have since been allowed to return to their homes and the car has been taken away.