The local council and health board are defending their response to Havelock North's water contamination crisis, after suggestions the problem was dealt with too late.

An estimated 2400 households in the Hawke's Bay town have been hit by an outbreak of gastric illness linked to campylobacyter.

The water supply was chlorinated on Friday to kill the bacteria but a "boil water" notice remains in place as health authorities wait to rule out a potential second source of illness, cryptosporidium.

The Hastings District Council and Hawke's Bay District Health Board have denied accusations they acted too slowly, and said the first they knew about it was on Friday evening.

Even though test results had not been confirmed at that point, they imposed chlorination on water supplies.

In an update this afternoon, the DHB said 3348 people from 2409 households in the town were likely to have been affected by the gastric illness.

Most of them were able to receive treatment and recover in their homes, it said.

Seventeen people were in hospital - down from 22 yesterday - and one person remained in intensive care, with the other moved to a ward.

About 700 people had visited GPs with symptoms of the gastric illness, and scores of cases had so far been confirmed as caused by campylobacyter.

The DHB said the number of patients presenting to the hospital's emergency department was dropping, and so was the number of sick patients in retirement homes and aged care facilities.

Local restaurant owners said they were considering a class action to recover losses caused by the drinking water crisis.

Restaurants have been hit hard with no customers, concerns about food safety and staff sickness. Many have been forced to temporarily close.

About 30 food business owners made a plea to Hastings mayor Lawrence Yule for financial assistance at a meeting in the town this morning. 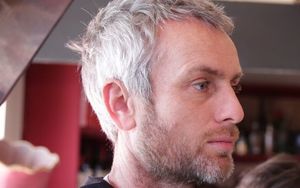 At this morning's meeting in the Pipi Cafe, Mr Yule said the council was exploring options to help the restaurant owners, which could include funding to reassure people Havelock North was safe to visit once the crisis was over.

But Pipi Cafe owner Chris Morris said restaurants were losing tens of thousands of dollars and had been given legal advice that owners might have grounds to band together and take a class action to gain compensation.

"Depends whose fault it is really, whether the foreseeability and the cause.

"The council definitely have a duty of care, it's just a matter of whether it's their fault," he said.

Primary and intermediate schools in Havelock North will stay shut for another two days, but high schools will open tomorrow - including some private schools with younger students.

The decision was made this afternoon after talks between principals, government departments and local authorities,

A spokesperson for the principals, Mike Bain, of Te Mata Primary, said the high schools would reopen because their students could take greater care of their own health and hygiene than younger pupils.

The Ministry of Education said it had also been monitoring schools in nearby areas, as some students and staff travelled to other schools.

Hawke's Bay orchardist Leon Stallard, a member of the Horticulture New Zealand board, said local fruit on supermarket shelves was safe to eat.

He said fruit that was in the shops now was harvested earlier in the year and was free from contamination, because it had been in storage since last season.

Resource Management Law Association former president Martin Williams said many residents were asking if someone was to blame over the crisis, and the logical candidate would be the council that supplied the water.

Any legal liability would rest on a number of factors, and an inquiry needed to take place first, he said.

"Legal liability will rest on what's caused this, and whether there has been some breach of common law or a statutory obligation to either monitor or communicate the outcomes of that monitoring in a better way than has actually happened."

It was possible no one was to blame, he said.

"The fact that there has been such a significant health and downstream commercial implications for these business owners, doesn't mean that anyone's actually done anything that would breach a statutory obligation or be negligent - you know, accidents can happen."

Without knowing what the causes of the outbreak were, what or who was responsible, and without knowing whether anything could have been done differently, they would not know who was in the picture for legal liability.

Mr Williams noted while local authorities did have a responsibility to provide for the health of their consumers, others also had responsibilities, including the Ministry of Health.