Queenstown's council wants to rein in 'hordes' of 'intimidating' bar-hopping tourists by requiring businesses to have permits to run pub crawls. 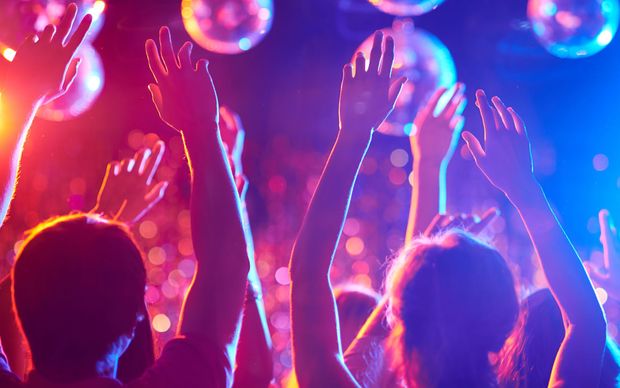 The bylaw would restrict the size of groups, hours of operation and the number of premises visited. Photo: AFP

The bar crawl tours, which the council said attracted hordes of mainly drunk tourists, have been described as intimidating, as they bar-hop around the town

If adopted by the Queenstown Lakes District Council, the nuisance bylaw would require the businesses to have a permit and control how the tours run.

This includes restricting the size of groups, hours of operation, the number of premises visited, ensuring proper supervision by staff and making water and food available.

Queenstown Lakes District Council regulatory manager Lee Webster said the council has worked with groups that offer bar tours since 2012 and the proposed bylaw formalises what is already in place.

He said the tours can attract large hordes which can be quite intimidating for other members of the community.

"There's certainly large numbers of them which is why we want to formalise the conditions and controls that we have in place today, reassess them.

"Is the ratio in place today, is that right for what we want in our community?''

The police are also supporting the bylaw.

In a statement to RNZ, Senior Sergeant Andrew Smith, who is the national coordinator of the Alcohol Harm Reduction, Prevention Group, said the police supported the bylaw.

"The activity is not controlled and public consultation has raised concern about a lack of control with these groups in regards to alcohol consumption, public intimidation and general safety.

"Police are mindful that we must balance the need to fairly apply the law while keeping the community safe. It is our intention to ensure a safe and responsible environment around alcohol and our support of this bylaw will assist police with this aim.''

While many companies and backpacker businesses offere bar crawls, Kiwi Crawl is one of two companies set up specfically to organise them. Kiwi Crawl's Gavin Larsen said the bylaw was unnecessary as they already operated under strict guidelines.

"The way that the council has acted in the past has shown they have been quite heavy handed with the way they have effectively tried to extinguish or shut down bar crawls in Queenstown.

"So of course we're extremely wary of any action by the council because we don't know what the limits are.''

"On our tours our customers are vetted on average five times during the night (by door staff and barmen) which is way more than on average.''

Downtown QT general manager Steve Wilde said while the bar crawls add a certain vitality to the town, businesses needed to operate under some sort of regulation, especially when it comes to serving alcohol.

"If you go into a licensed premises you're having to abide by rules and regulations, this falls outside any kind of scope. There is no recourse for any agency to deal with any issues that might arise out of these bar crawls.''

Mr Wilde said it was not up to the police to manage the bar crawl groups, which could attract up to 60 people at a time moving through the town.

He said businesses don't want to see the end of these type of activities altogether.

"A lot of our members are in the hospitality industry and they enjoy the benefit of these bar crawls, they come in and spend money and these people are calling for this activity to be regulated, I suppose, in the same way they are, so everyone is on a level playing field.''

The council is expected consider the bylaw next month; if passed the bylaw could be in place by summer.