A survey from a government-led study on Nelson's transport options shows most respondents want a new motorway built, but opponents say the survey process was flawed.

The New Zealand Transport Agency (NZTA) is leading the investigation into the Nelson Southern Link as part of the government's push to speed up building roads of significance.

The survey was part of a multi-stage investigation to find a way to manage traffic congestion and plan for growth.

About 2000 people responded to the survey, which was held across Nelson and Tasman, and 1200 people chose a new road as their preferred option from a range of possibilities.

Supporters claimed the survey results would help towards the goal of a new motorway that would ease congestion on the two arterial routes in and out of the city, and to take pressure off Rocks Road - the section of State Highway 6 around Nelson's waterfront.

NZTA central regional director Raewyn Bleakley said the feedback so far was only part of the mix.

"So we take that feedback and we use it along with other factors and consider what the recommended programme for the transport network will be.

"We've got a mixture of different feedback, and it's all very valuable, and it will help us with the next phase of the business case process," Ms Bleakley said. 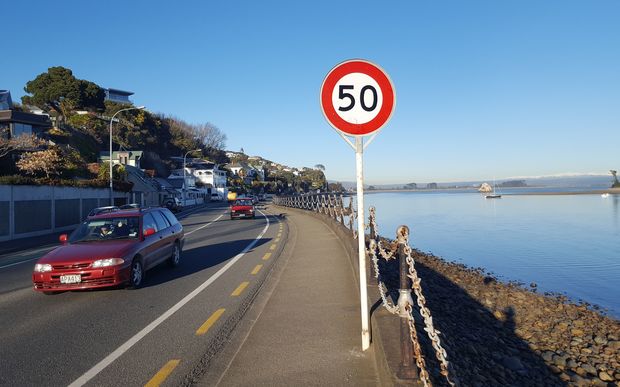 Nelson has been talking about whether or not to build a new highway through the city since soon after trains stopped using the route in the mid-1950s.

The conflict is about whether to shift State Highway 6 off the waterfront and redirect it through another neighbourhood on the city outskirts. Earlier estimates placed the cost at about $50 million.

Ms Bleakley said there was still a long way to go before a solution would be known, but at the moment the discussion was still around general options.

Once the feedback was refined, others factors such as feasibility, affordability, safety, and social, economic and environmental impacts would all be weighed up.

City councillor Pete Rainey, who has been driving a project to upgrade the waterfront for walkers and cyclists, said he was not against a new road if the research proved it was needed.

But he felt that the current consultation and feedback process was flawed.

"I still think we're drifting around in a myriad of bad polling. The feedback where people could submit yet again throws up the prospect that it had the ability to be manipulated. At least 500 of those who responded didn't even provide their names, so I don't think you can take it seriously," Mr Rainey said.

He said a telephone survey conducted by NZTA of 500 randomly selected people was a more accurate guide. The survey showed 46 percent in support of a new road - fewer than half but still a greater proportion in favour of the road over other options.

The need to move road freight in a region without rail was a major part of the equation, and there was a strong push from the public to get trucks off Rocks Road.

He said a solution was needed for the sake of Nelson's economy, based largely on the primary export sector which needed direct access to the port, and the waterfront was the fastest way.

Mr Boyce said the trucking fraternity would prefer some widening of the existing infrastructure, taking into account the wishes of all road users including walkers and cyclists, plus the many residents along the routes.

He said there was no magic answer, and Nelson's hilly terrain did not help with finding an alternative, but compromise would be needed from everyone.

Ms Bleakley urged patience and trust in the process. She said it was important to take the time needed to get the right answers.