Lumping first-time offenders in with repeat drink drivers who have to use alcohol interlocks could be too harsh, says a lawyer who specialises in traffic law. 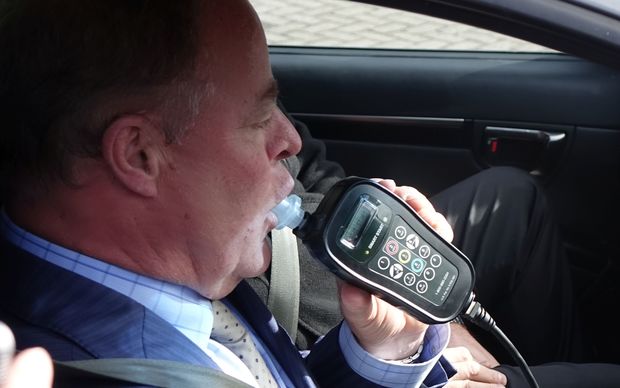 Under tougher new rules, anyone caught drink driving twice within five years or anyone caught more than three times over the legal limit will receive an interlock sentence.

Interlocks use a dashboard breathalyser which prevents a car from starting if alcohol is detected on the breath.

Data from New Zealand's alcohol interlock providers suggests that the 550 interlocks fitted over the past three years have prevented more than 2000 drink-drive events.

Steve Cullen, a barrister of 30 years, said while it was a good move for repeat offenders, for first-time offenders it was a concern.

"The difficulty is that they've extended the legislation to first offenders blowing over 800 [micrograms of alcohol per litre of breath]. That's going to cause a problem because at the moment first offenders come before the court, after four weeks we can get them back with a work related driving license and they can get on with their lives. This legislation's got the inadvertent side effect of those people are now going to face over three months of not being able to drive. It's going to cost people jobs."

He said employers of people who frequently needed to drive for work would not be able to tolerate the three month absence and the current system recognised people needed to get on with their lives.

"The particular subcategory who are going to be impacted by this are solo mothers in sales rep positions with enormous time requirements and driving requirements both for their job and for their children. These ladies will lose their jobs. I get them as clients, I'm the person they come in and cry with and say what do I do and after 28 days I can get them back and put a repair package together. The employer will stand by them because it's an adequate timeframe."

He said while it was commendable legislation and would work, the government needed to look at keeping a special circumstance provision or do away with the three month waiting period.

"I would think that group is going to shrink significantly over the following years as people realise that they can't afford to have any alcohol at all and get behind the wheel."

'Our roads are going to be safer'

The government estimates between 4000 and 5000 drunk drivers a year will have to use the devices that prevent the car from starting if alcohol is detected.

Automobile Association spokesperson Dylan Thomsen said with only a tiny number being used in the past, it was a good step forward.

He said research done by the AA had found around 10,000 drink drivers appearing before New Zealand courts each year had been eligible for an alcohol interlock.

He said only a couple of hundred had actually been sentenced to use one.

"It's been a tiny number and we need to do much much better than that.

"In the last three and a half years the small number of interlocks we've had in vehicles are stopping about 100 drink driving attempts every month and that's been with only 2 percent of the eligible offenders who go to court actually getting one.

He said other countries that have had interlocks for longer were now considering giving them to all drink driving offenders which was a possible next step for New Zealand.

The head of the road safety charity Brake, Caroline Perry, said while the cost involved and availability had been an issue in the past, it was great to see the government take a hardline against drink drivers.

"They have prevented potential drink drivers from getting onto the road. We know that drink driving results in so many needless deaths and injuries on our roads every year causing devastation to families and communities. We believe mandatory interlocks is going to have a significant impact in reducing the number of deaths and serious injuries from drink driving. "

"Research shows that even small amounts of alcohol affect your ability to drive safely, they affect your reaction times and hazard perception so having a zero tolerance limit makes it crystal clear to all drivers that it should be none for the road. "