A $3.41 million payment to the families of the 29 men killed in the Pike River Mine disaster, in return for not proceeding with health and safety charges, was unprecedented and unprincipled, a lawyer representing two of the families says.

Anna Osborne and Sonya Rockhouse are taking a judicial review after the High Court turned down their application to review WorkSafe NZ's decision to drop charges against the mine's chief executive, Peter Whittall.

Ms Osborne lost her husband, Milton, and Ms Rockhouse lost her son, Ben, in the series of explosions at the West Coast coal mine in 2010.

The pair want the decision not to proceed with charges to be declared wrong, and the Ministry of Business Innovation and Employment (MBIE) made to reconsider it. 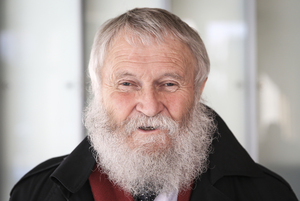 Today, the women's lawyer, Nigel Hampton QC, told the Court of Appeal that the $3.41m payment was made without the involvement of any of the families of the victims, or the survivors of the tragedy, and was designed to buy off a prosecution.

The money was paid by Mr Whittall's insurers.

Mr Hampton said the decision to accept Mr Whittall's offer and not to proceed with charges was unprecedented and unprincipled, "because it hasn't happened and it doesn't happen".

Questioned by Justice Randerson, Mr Hampton said the size of the sum didn't matter, it was the offer of money in return for the charges not proceeding.

He said, for his clients, the payment was irrelevant and what they wanted was someone to be held accountable. "That is why they are here," he said.

A police investigation had shown, while there was insufficient evidence to support manslaughter charges against Mr Whittall, there was enough evidence to lay charges of criminal nuisance, he said.

But the police decided against doing so, because of the health and safety charges, which raised the issue of double jeopardy.

From the family's perspective, the police's decision not to proceed left only the 12 health and safety charges and "essentially all their eggs in one basket," he said.

After the charges were laid, an offer of reparation was made and MBIE decided against offering any evidence on its charges, Mr Hampton said.

But WorkSafe's lawyer, Joanna Holden, told the court there was no bargain or deal struck between the ministry and Mr Whittall.

She said the ministry was entitled to include the reparation offer as part of its considerations, but stressed that was just one of the factors it had taken into account before making its decision.

The ministry wasn't required to consult the families but to keep them informed of significant developments, Ms Holden said.

Despite this, the ministry had considered whether it should consult the families, but decided against doing so because of the large number of families involved, the difficulty in reaching a consensus and fears details about the offer would get out.

The judges reserved their decision.

RNZ has repeatedly tried to contact Mr Whittall over the last 24 hours by email and phone.