The charitable trust Keep New Zealand Beautiful says illegal dumping of household rubbish is becoming a problem, and councils around the country need to do more. 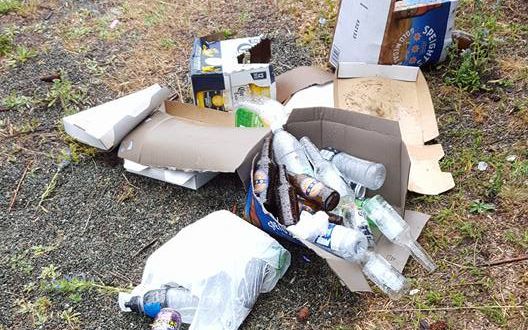 The organisation said there were no effective deterrents for people who dump disused furniture and the like on footpaths.

In Christchurch, complaints about littering in general have risen by 74 percent in the last year.

The city's council has never had an inorganic rubbish collection.

"It is a national issue, last year Keep New Zealand Beautiful volunteers collected 190,000 tones of rubbish which is enough to fill 128 rugby fields half a metre high.

"It's almost becoming acceptable for people to through rubbish on the ground and now its getting worse with household items, like fridges and couches being left in the gutter," Ms Saunderson said.

She said councils needed to do more.

"The 'Be a Tidy Kiwi' campaign back in the 70s and 80s was a really big hit, it struck a chord with people, but we've had nothing similar in recent years."

"Sometimes it is cheaper to dump your rubbish and pay a fine then it is to dump something, it doesn't make sense.

Keep Christchurch Beautiful Alexandra Davids said the increase of dumping around the city had been noticeable.

"The levels of dumping are different in different parts in the city and their are patterns for times of the year, towards the end of the year when students are moving out of their flats there is an increase of household rubbish and furniture on the streets."

She said some people didn't have access to trailers, or the financial means, to dump their goods.

"Christchurch City Council has an app called Snap Send Solve, were you send a photo of litter or graffiti and it gets cleaned up. I sent a photo of furniture in an empty lot, but they didn't clean it up because its not the council's responsibility," Ms Davids said.

She said councils, including Christchurch City Council, needed to put a strategy in place to solve the problem.

"There are successful examples of rubbish collections overseas, council's here need to learn from them.

"I'm sure if there was even one annual rubbish pick up, people would utilize it and get rid of as much as possible," Ms Davids said.

"Rubbish all over the streets doesn't look nice, people are over it, it makes them lose pride for their street and neighbourhood."