A British tourist who went missing in Paparoa National Park says his two nights in the bush were cold and distressing.

Stephen Bennett, who is 27, was found in the park on the South Island's West Coast last night.

He is recovering in the Grey Base hospital.

He told Morning Report he injured himself during a fall and survived by eating small chunks of an apple he had, and water from a stream.

"I just told myself I had to keep going and just stick it out, I could see the helicopters flying by so I was just hoping that one of them would spot me."

Mr Bennett said he got very cold and hurt his back and wrists during a fall.

He didn't think he would be going back into the bush again. 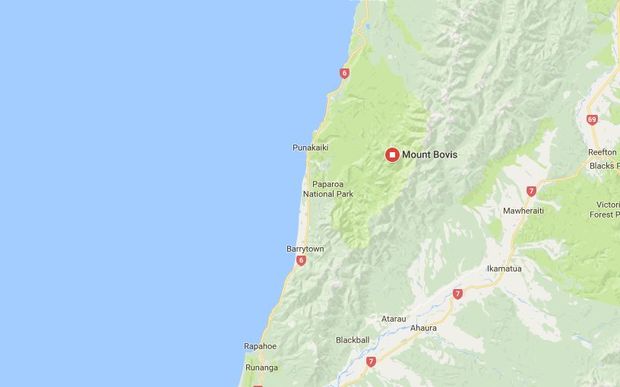