Inland Revenue is chasing employers for unpaid KiwiSaver contributions worth tens of millions of dollars. 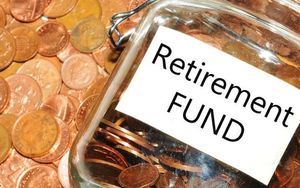 Figures obtained by RNZ showed that at the end of June, Inland Revenue was chasing 12,182 employers for $24.9 million in unpaid contributions and penalties.

The debt included $12.32m in employee contributions that were taken from workers' salaries but never passed on to Inland Revenue, which administers the KiwiSaver scheme.

Employee contributions were government-guaranteed so workers would eventually get the money back.

But $9.34m in employer contributions were not guaranteed and would only be paid to the employee if Inland Revenue recovered the money from the employer.

Only half of the employers who had outstanding KiwiSaver payments were repaying Inland Revenue.

In the 12 months to 30 June, 6488 employers were repaying in installments, and in the last year $4.45m had been recovered, Inland Revenue said.

The number of employers IRD was pursuing for unpaid payments had dropped. A year ago, about 15,000 employers were being chased.

Labour Party finance spokesperson Grant Robertson said the government was not doing enough to recover the money and it threatened the integrity of the scheme. 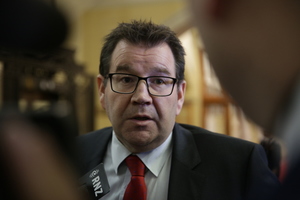 "It just seems to me that the government is not chasing up employers who are failing to meet their obligations under the scheme to the extent that we would expect.

"We want New Zealanders to be saving and to be involved in the scheme and anything that undermines their confidence in the scheme is a bad thing and something the Minister should be worried about," Mr Robertson said.

IRD declined to be interviewed but in a statement said KiwiSaver debts accounted for less than 0.5 percent of total tax debt.

If an employer continued to avoid payment it could result in an application for liquidation, bankruptcy or prosecution, it said in a statement.

"Recovery of unpaid amounts can also include placing deductions notices on other funds held by an employer, registering caveats and mortgages over properties; obtaining personal guarantees or solicitors undertakings," it said.

Inland Revenue did not provide any figures on how many workers were affected by unpaid contributions as of the end of June 2016.