The Ministry of Education report now counts family holidays during term time as unjustified absence, revealing a rate of 10.2 percent, and 0.4 percent of all class time. 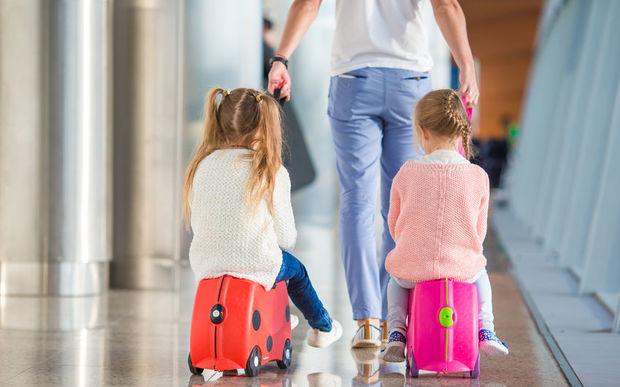 Previously schools could classify such absences as either justified or unjustified, and the holiday category was not recorded in the statistics.

"It's quite a concern for schools, especially in the NCEA environment when we've got assesments throughout the year, when you've got students missing class, missing assessments, therefore missing credits and not achieving as highly as they should."

"We would say there are plenty of other holidays but I know that out of the peak times it is cheaper - and it's a real concern because it is growing."

She said there were benefits in travel, particularly when the children were young and if they were keeping a diary.

"I think most schools would do as we do when we write a letter saying to parents that 'yes, we can't stop you taking your son or daughter overseas, but please be aware that the implication of this is that they will not receive credits if there is an assignment that they miss."

She said it was also difficult for teachers because often students would want to catch up on the work they missed while overseas, and the teacher would often have to go over the material that had already been taught in class.

Overall, 69.4 percent of children attended school regularly in term two last year, up slightly from 68.7 in 2014.

The report showed 73 percent of children in Nelson, Marlborough and West Coast regularly attended school in term two last year, the highest proportion in the country, while Te Tai Tokerau had the lowest at 61 percent.

Regular attendance was defined as attending at least 90 percent of the half-days that a school was open.