Figures published on Thursday show annual improvements in reading writing and maths appear to have slowed to a crawl overall - but in Northland they have gone backwards.

Nationally, 78 percent of pupils at or above the national standard in reading, 75 percent in maths, and 71 percent in writing; in Northland those figures are 73 percent, 70 percent and 65.4 percent, respectively.

Northland's results were the worst of the 16 regions, and it was also the only region where reading and writing results were worse than three years ago. 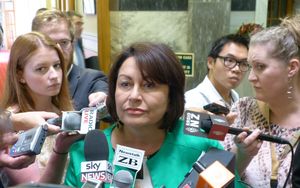 But Education Minister Hekia Parata said overall, achievement levels had risen and teachers were getting better at using the standards.

"In a couple of areas, most particularly in Northland, we have not had quite the same lift and so that is an area of focus for us and for them," she said.

Northland principals' president Pat Newman the standards results were many reasons, including that high roll turnovers at many schools in the region meant the standards were not measuring the same groups of children from year to year.

"When 53 percent of the children in your school are a totally different group of children, not between three years but in one year, how can you actually compare that with any validity."

Mr Newman said the fact only 73 percent of Northland children met the reading standard - compared to Otago at the other end of the scale with 83 percent highlighted the economic disparity between the two regions, and the number of Northland pupils with social and learning problems.

The ministry had research showing the biggest factor in student achievement was attendance, and Northland's attendance rates were suffering as poor families moved about looking for housing or jobs, he said.

"Our kids come to school, they're absolutely frozen, they come late because I guess they stay in bed a bit later just to keep a bit warm. 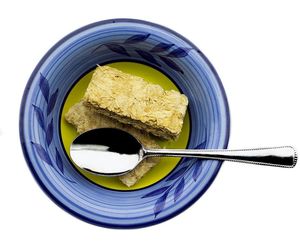 "They get to school and the first thing we need to do is give them something warm to eat. Before everything else starts, we give them a bit of toast or they go and have some weetbix and hot milk."

But Ms Rudkin said the schools did not need more expertise, they needed practical help and funding to support disturbed pupils as well as the cold and hungry ones.

"I'd like to know when the last time Hekia Parata was in a classroom in Northland (was), to see just what we're faced with. We can't deny kids food and everything else, and we're doing our absolute best to provide the best literacy and the best numeracy that we can."

Ms Parata would be welcome anytime to visit and see what her young learners are up against, Ms Rudkin said.

The minister said in response to Ms Rudkin's comments that parents were responsible for ensuring children were fed, warm and well, and the Government for providing them with a quality education.

"Schools that are in decile one communities across the country face similar challenges, and they meet them by having very strong engagement with their communities."

The Government was already put a lot of funding into Kaikohe East school, and that could increase with a recalibration of the decile funding system, Ms Parata said.