CentrePort of Wellington is extending its operations into regions far from its docks.

CentrePort's new facility will be at a site on the edge of Masterton, and will see logs transported to Wellington in bulk, by train, instead of in dribs and drabs by truck. 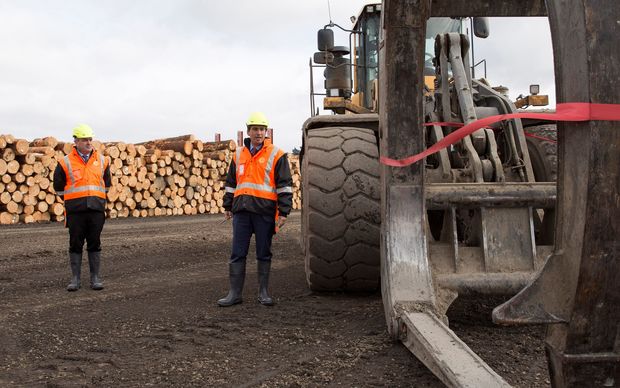 The facility is a joint venture with two forestry companies and is supported by KiwiRail, which said the Masterton facility would avert 16,000 trips across the winding Rimutaka Hill Road by logging trucks each year.

This initiative follows a container terminal established in Whanganui and precedes a yet-to-be-announced scheme for Palmerston North.

In doing this, CentrePort is shrugging off long-standing calls for New Zealand's port sector to be rationalised, saying it is confident about its steady expansion.

Arguments have been made that New Zealand's 12 ports are far too many for a small country, with reports proposing there should be just four big ports: Auckland, Tauranga, Lyttelton and Port Chalmers, and sometimes just three, with Port Chalmers missing the cut.

In one report, the Shippers Council called for just the big four ports to be deepened to take larger ships and the Productivity Commission has also reported on the need for ports to improve their efficiency.

However, CentrePort chairman Warren Larsen had no intention of lying down quietly to fit in with this plan.

"There is a very strong economic argument for a centrally located port. That is why we are deepening our harbour to be able to handle larger vessels," he said.

Minister of Transport Simon Bridges said he had no problem with CentrePort's expansion. 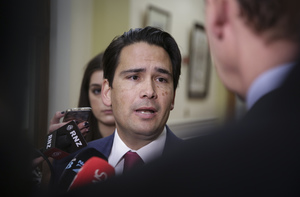 He said it was not really up to the government to make a ruling on how many ports New Zealand had and where they should be.

"Some of the political parties think we need some comprehensive document that sets things out. The government's view is to let the ports do their thing.

"We do need to see that council-owned ports ensure that they have good commercial directors on their boards but then to make their own decisions," Mr Bridges said.

CentrePort is owned by Greater Wellington Regional Council, whose chairman, Chris Laidlaw, was delighted with this development.

"This is a really progressive initiative, it gets logs off the roads and there will be a substantial drop in overall emissions," he said.

"It will reduce congestion and it raises the question as to how much better can we use rail networks."

CentrePort is taking this action against a steady rise in log exports - up 100 percent in five years - mostly headed to China.