Health officials warned the government New Zealand was one of the worst among developed countries when it comes to bowel cancer.

The warning was revealed in documents released to RNZ under the Official Information Act. 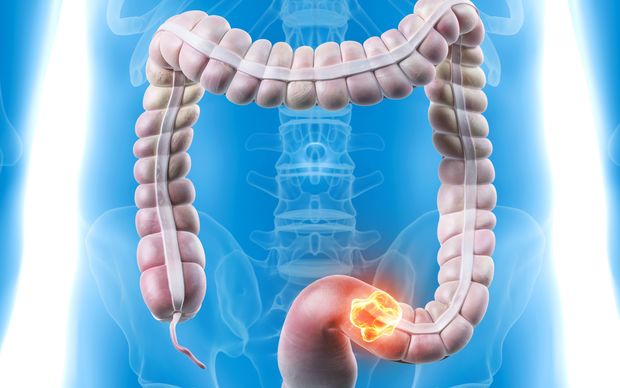 It follows the government's announcement in May that national screening for bowel cancer will begin from mid next year in a staged rollout.

About 3000 New Zealanders are diagnosed with bowel cancer each year and more than 1200 die from it.

When compared to other OECD countries, in 2011 (the latest year for which figures were available for the comparison) New Zealand had the fifth highest rate of bowel cancer mortality.

The development of bowel cancer is preventable in many cases and is highly treatable when identified in the early stages, they said.

But "New Zealanders are more likely to be diagnosed with advanced stages of bowel cancer than people in Australia, the United States and the United Kingdom. This translates directly to death rates, which are 35 percent higher in New Zealand than Australia for women and 24 percent higher for men."

The proposed rollout will capitalise on the outcomes of the bowel screening pilot at Waitemata District Health Board, and an $11 million investment in boosting colonoscopy services over the past three years.

"If the proposal does not go ahead then we lose an opportunity to reduce bowel cancer mortality rates in New Zealand," officials said in the document.

They said 94 percent of cases currently occur in those aged 50 or over, adding "the number of new cases of bowel cancer each year is projected to increase by 15 percent for men and 19 percent for women."

The single most important benefit from national screening would be fewer deaths and longer, better lives.

Cancer that's detected early in the disease "may be treated immediately with no further treatment required. This improves quality and length of life, as treatment for later-stage cancer (radiotherapy, chemotherapy) can be intrusive and unpleasant, and the chance of survival reduces rapidly with more advanced-stage cancers".

It's estimated that under full national screening, 350,000 people between the ages of 60 and 74 would be invited to be screened a year; 210,000 would return an initial immunochemical (iFOBT) test through the mail; 9300 would have a colonoscopy; and 700 people would have cancer detected. At a conservative estimate, officials say 60 to 100 lives may be saved a year.

However, a central laboratory or coordination centre would be needed to manage the distribution of invitations as well as processing of the FOBT kits and results. It would need to be supported by a centralised IT system, linked to patient management systems to enable collection of endoscopy and treatment information.

As well, four regional centres would be established to oversee participants requiring a colonoscopy after a positive FOBT test, indicating possible bowel cancer.

"Regional centres will be responsible for monitoring the quality of colonoscopies undertaken in the region, awareness raising, active follow-up of non-responders and ensuring the quality standards for the programme are met consistently across the region."

The papers also said earlier diagnosis would reduce demand on public hospital emergency departments which currently diagnose bowel cancer for about 40 percent of Maori and Pacific people and 27 percent of New Zealanders overall. There would also be a lower requirement for hospice services.

"Those aged 60 to retirement age are more likely to be retained in the workforce if diagnosed with bowel cancer early. These people will have additional benefits for society as carers (eg grandparents caring for children whilst parents work)."

The officials' papers said screening of those aged 60 to 74 was achievable.

"New Zealand is often quoted as having some of the highest rates of bowel cancer in the OECD, yet does not have a screening programme. New Zealand needs to make progress towards achieving average OECD bowel cancer rates."

Costs are deleted from the documents released to RNZ and the papers released contain nothing about progress in establishing the workforce (largely to do colonoscopies) needed for national screening.

The government announced in May that Hutt Valley and Wairarapa DHBs will join Waitemata in screening by mid next year, followed by nine more DHBs in 2018 and the remaining eight in 2019.