District Health Boards (DHB) deny the existence of so-called phantom waiting lists and say they would like to hear from anyone who has evidence of them.

Doctors say some DHBs are hiding patients from official waiting lists in an attempt to avoid being penalised for failing to meet official targets.

The claim comes as latest DHB figures show 45,000 patients sent to a hospital specialist were turned away in 2015 - 3000 more than the previous 12 months

The Association of Salaried Medical Specialists said the figures did not account for those on "phantom" waiting lists - patients who meet the clinical threshold but have little hope of seeing a specialist within the official timeframe.

But chief executive of Lakes DHB Ron Dunham, who represents other boards, said neither he nor other district health bosses were aware of the practice. 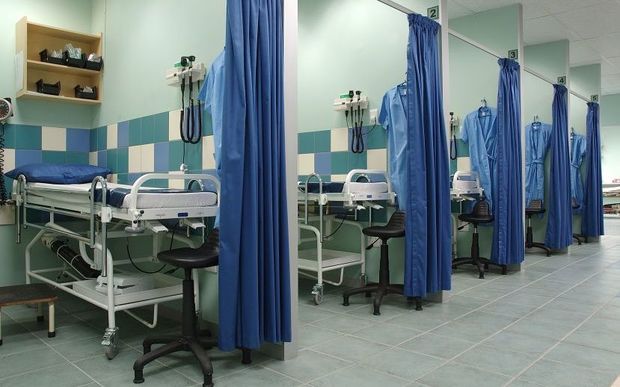 "If somebody identifies the fact that there are some lists then they need to contact the chief executive of the district health board and draw attention to it," he said.

Mr Dunham said the lists did exist sometime ago, but he was not convinced they still existed.

"But if somebody can draw my attention to where they are, I'd quite willingly go along to the district health board and say; 'what's going on?'"

He acknowledged the four month timeframe put pressure on the system, but said it was the board's job to manage that and his had taken a number of steps in order to meet the target.

"Our productivity has improved, our operating lists are more compacted. We do things like start operations earlier in the day. In some specialities to meet the waiting times we run evening clinics, or weekend clinics as well," he said.

Despite this, DHB figures released by Labour showed the number of patients sent back to their GP without seeing a specialist in the Lakes district, almost doubled between 2014 and 2015 from 47 to 82.

Mr Dunham said the increase was concerning to him and he'd like to know why those patients were not seen.

"The numbers are still quite low in terms of the volume that we put through in terms of operations at Lakes."

Mr Dunham said there could be several reasons for the increase.

"It could be that the expectations of the general practitioner are higher than our ability to supply the operations. Quite often people get referred and their acuity, or the seriousness of their condition, doesn't meet the requirements," he said

"Nobody should have to wait for an unreasonable length of time. It does focus district health boards on ensuring they manage the process of patients carefully. Targets are a good idea, it gives all our staff a timeframe to work within," he said.

Association of Salaried Medical Specialists said official numbers also ignored those who did not visit a GP, or who did but were not referred for a specialist appointment even though they needed treatment, the association said.

Its executive director Ian Powell said under the current system DHBs were penalised financially if patients waited more than four months to see a specialist after being referred by a GP and that meant some hospitals were fudging the numbers.

"Because we haven't got the workforce capacity to actually deliver on that in our public hospitals, there's quite a bit of - I'll use this term loosely - rorting going on, where some patients are actually put on what they call a virtual list or a suspended list. It's like picking up a number of patient files and just putting them on a shelf somewhere," he said.

Mr Powell could not say how many DHBs had phantom lists - but he said often patients were none the wiser.

"The patient knows nothing. The patient may well then appear on the list for the following four months. The patient will be unaware this is happening." 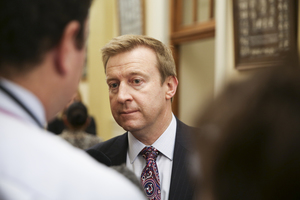 But Health Minister Jonathan Coleman said the advice he had received was that there were no such phantom lists.

Mr Coleman said the government had dramatically cut waiting lists, and more and more people were getting appointments and operations.

"The key thing is we are doing more appointments every year."

Mr Coleman told Morning Report that historically there had always been a proportion of people who had not been seen for treatment.

"Official figures show that only 5 percent are not getting that appointment, 87 percent are, 8 percent are being asked for further information.

"There is absolutely no phantom waiting lists in the system.'

"It's a figment of Ian Powell's imagination I'm afraid."

Phil Bagshaw, associate professor of surgery at University of Otago, Christchurch, was on the Canterbury District Health Board in the early 2000s when the DHB kept a virtual list until the Ministry of Health put a stop to it.

"Some of them have gone back to doing so, so it is a revival of an old process," he said.

"They should always have been kept. There was no reason to stop keeping them other than they were told not to .... well it doesn't look good, does it? I mean this is all about making things look good," he said.

A spokesperson for Waitemata DHB said it did not have a virtual list but it did run what it called a "suspend list" for patients who had seen a specialist but required further assessment, such as an MRI, to decide whether surgery was needed.

It also recorded the biggest increase in the number of patients referred back to a GP without seeing a specialist.

Professor Bagshaw said those figures ignored the people who did not or could not get into the health system in the first place.

"Perhaps as much as 16 percent of the public don't actually go and see a GP because they can't afford to.

"Of those who do go, GPs and the public themselves have gained the notion that pressing for a referral to hospital for some of the more mundane things like hernias and veins and things like that are a waste of time, so they don't bother."

Mr Powell said it was those patients who ended up getting sicker and ultimately cost the health system more to fix.

Labour Party health spokesperson Annette King said she had no official data but had heard of the existence of phantom waiting lists from people who worked in the system.

"It's been circulating for several months. I put in an official information request and I got knocked back from DHBs because unless I have the right name for what they're calling these lists they say they don't have anything under that name."

They were trying to perform to government requirements and doing everything they can to meet them.

Ms King called for an independent review to find out how many people are missing out on surgery.