A team of researchers has been given a $157,000 grant to study whether cannabinoids can help treat brain cancer. 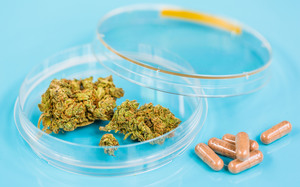 A team of Auckland University researchers was recently awarded the grant, from the Auckland Medical Research Foundation, to look at the topic.

The university's head of pharmacology, associate professor Michelle Glass, said: "Cannabis produces a high in the brain by binding to a protein that is in your brain.

"That protein is called a receptor, and what we're trying to look at is, can we use that binding to actually drive the cell into a 'death pathway'."

So, what could this mean for sufferers of brain cancer?

The more tools a doctor has at their disposal, the more avenues they can use - collectively - to treat a patient.

Cannabinoids would not be a miracle cure, and Assoc Prof Glass said they would not win any battles by themselves - but they could be helpful as part of a joint attack against cancer cells.

"If you can come at them from lots of different angles, they have less chance of developing resistance.

"So we would be suggesting you might have your standard cancer therapy, but you might also have a cannabinoid on top of that, and, maybe, the two combined might just give you a better outcome."

Previous research on the topic was mixed, and the study shouldn't be seen as condoning cannabis use, Assoc Prof Glass said.

"In some cases the cannabinoid seem to kills the cells, but in other cases they seem to result in proliferation", she said.

"The receptor might be able to drive both of these pathways, and we have to figure out how to make it drive just one.

"Going and taking this as a reason to start smoking cannabis could have the exact opposite result to what you desire."

The study would last two years, and would use cancer brain cells from the Auckland Cancer Society Research Centre.

Assoc Prof Glass would be joined in the investigation by two colleagues, Dr Scott Graham, and Dr Graeme Finlay.