A review which left the rules for access to medical cannabis largely unchanged was 'biased', an open letter from advocates says. 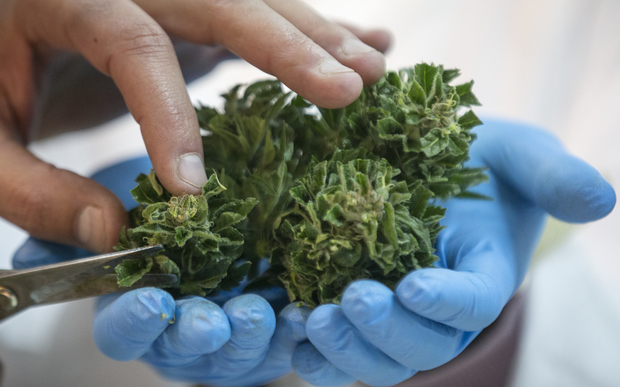 Advocates have called for an independent inquiry into medical cannabis products. Photo: AFP

The review concluded there was a lack of data to support using the products.

Now a group of medicinal cannabis advocates, including the former president of the New Zealand Council of Trade Unions Helen Kelly, have signed an open letter denouncing the review, saying it used biased methodology, and made misleading and deceptive scientific claims.

They have called for an independent inquiry into medical cannabis products.

"It's so ridiculously expensive, it costs... 12 or 13 hundred dollars a month, and who can afford it?"

He said there was not enough good data on medical cannabis worldwide because of the legal status of the drug.

"For example in... the United States it is nigh impossible to do cannabis studies unless you look at negative side effects because they have to be approved by a number of political bodies.

"For some reason many politicians seem still to be locked into this Reefer Madness thinking that was so prevalent in the '30s and 40s," Dr Wieland said.

A lot of the evidence for the positive effects of cannabis was based on anecdotal accounts, or came from case studies, he said.

"What is really needed to happen is for some clinical trials involving the whole cannabis plant."

Nelson chronic pain sufferer Rebecca Reider, who was recently discharged without conviction for importing a cannabis pain relief product, said Mr Dunne was "categorically resistant" to the drug, and there is a strong anti-cannabis bias in the review.

She said the doctors who provided the advice for the review did not have specific medical cannabis training, and the legal status of the drug made it hard for doctors to become familiar with it.

There are growing number of studies that showed the efficacy of cannabis, but people were forced to self-medicate and that could be dangerous, Ms Reider said.

Mr Dunne has previously said he wanted drugs to be viewed as a health issue and last month allowed a patient with a severe case of Tourette's Syndrome to be treated with a cannabis-based product.

Mr Dunne declined to appear on Nine to Noon.