Work and Income has admitted it directed desperate people to garages and houses where entire families crowded into a single room, and paid their bonds as well. 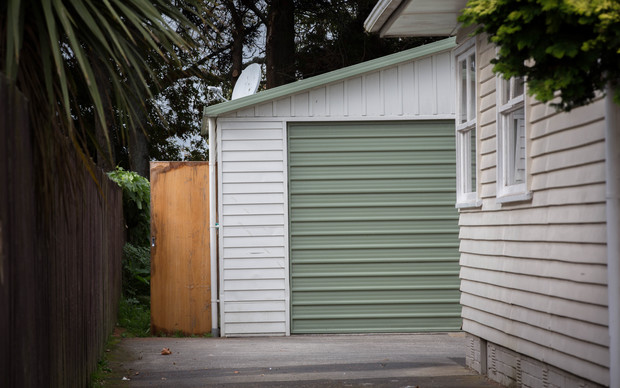 A South Auckland property manager, Debbie Widharni Iskandar, rented garages to families for up to $400 a week.

People have told RNZ News today they were placed in those properties by Work and Income itself.

The agency confirmed it used to refer people to Ms Iskandar but said it had not done so for more than six months.

It said it did not vet accommodation and it was up to individuals to make their own decisions before signing a tenancy agreement.

Last year, Rahapa Samuels was on the waiting list for Housing New Zealand accommodation. But, with three children, she had nowhere to go in the meantime.

She went to the Salvation Army, who did not have any space, but suggested she call a woman called Debbie Iskandar.

Ms Iskandar did not pick up the phone so, trying to avoid sleeping in the car, Rahapa went back to Work and Income.

"And the case manager there that I was speaking to, at the desk, not the reception, she said they knew of somebody... A last resort sort of thing."

Rahapa said she was again told to call Ms Iskandar - a woman who it has been revealed was renting out single bedrooms, and garages, to entire families.

She arranged to meet Ms Iskandar at a bus stop in Southmore, and, there, was given a form to fill out.

"It just had her name, how much the bond, the rent [was], my details, Debbie's details, but no bank account details. She told me to fill out the form and take it to Work and Income."

Rahapa said she went back to Work and Income, which paid the $1280 bond for her family to move into the room, for which they would pay $350 a week.

They did not end up staying there, because she saw how crowded it was, with one room housing five people, she said.

Another woman, Kirsty, who only wanted her first name used, said she had lived in three different places managed by Ms Iskandar.

She said none were up to scratch - two were garages with a scrap of carpet thrown on the floor, and the other was a mouldy flea-infested apartment in Papatoetoe.

And, like Rahapa, Kirsty said she and her son were referred to Ms Iskandar by Work and Income - which also paid her bond.

"I would wake up and my son would have mildew and condensation on his blankets. There was no running water... There was no oven or cooking facilities. And it wasn't secure."

Kirsty said she asked the Auckland Council about one of the garages she lived in, and it confirmed it was not consented.

It was disgusting that Work and Income would send desperate families to a property manager with these kinds of properties, she said.

"That was the impression I got, that she was a registered supplier with Work and Income, to be able to have the bonds paid to her so quickly.

"If [the agency'd] have known the conditions she had families living in they would be absolutely appalled."

Up to Work and Income clients to vet accommodation - MSD

The Ministry of Social Development (MSD), which runs Work and Income, refused an interview.

"People seeking accommodation have not been directed to this supplier by Work and Income for over six months.

"Work and Income's registered supplier process for landlords is not about vetting the accommodation, rather it allows us to make payments to the landlord on behalf of our clients," she said.

"Individuals need to make their own, informed, decisions before entering into a tenancy agreement, and any concerns around legality of dwellings should be directed to the local council."

Ms Iskandar could not be reached for comment. She was listed as a former director of numerous companies - but, when RNZ visited the address listed, the person who answered said they did not know who Ms Iskandar was.