A legal bid - thought to be the first of its kind - is under way to stop the transfer of an elephant from Sri Lanka to New Zealand.

Eighteen groups have presented a petition to the Court of Appeal in Sri Lanka, calling for an injunction to stop five-year-old female elephant Nandi being transferred to Auckland Zoo.

The zoo has defended its programme, saying it is not making money off the elephants it is bringing over. 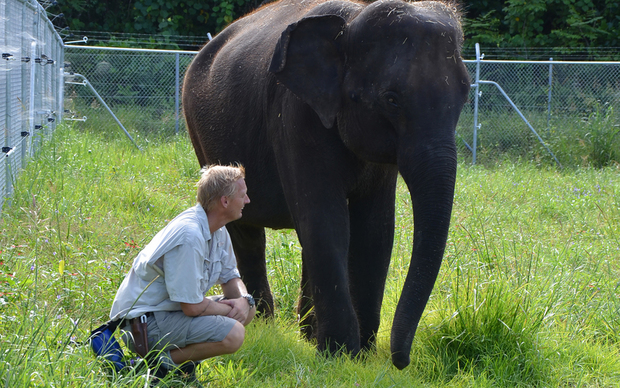 Nandi is the second of two elephants gifted to the zoo as part of a deal with Sri Lanka.

The first, Anjalee, was flown to Auckland last year.

The petitioners said elephants, which hold an important place in Sri Lankan culture, shouldn't be traded for commercial reasons.

Sri Lankan honorary consul Aruna Abeygoonesekera said the elephant would be coming from an orphanage, and would receive much better care here.

It was the first time a legal battle over this kind of transfer had been launched, and it could be a landmark case if it proceeded, Mr Abeygoonesekera said.

But he said he was optimistic it wouldn't succeed, because Anjalee was doing so well at Auckland Zoo.

Auckland Zoo director Jonathan Wilcken said the zoo was a not-for-profit organisation, and didn't make money from its elephants.

Its elephant programme helped support the conservation of the species, he said.