Thousands of Pokemon Go enthusiasts have gathered in cities throughout the country to play the popular new mobile game. 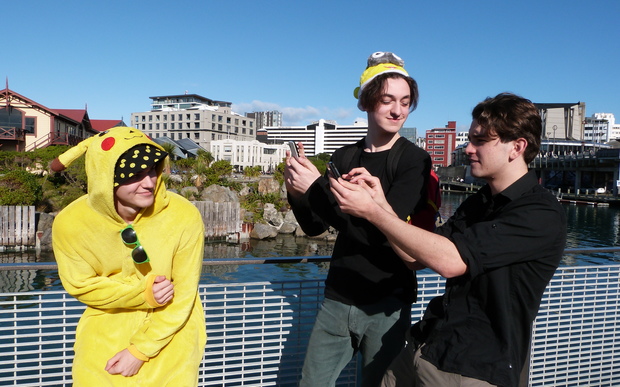 The craze around the game has already seen the police issue a warning telling players to be careful.

It's also seen people lodge claims with the Accident Compensation Corporation (ACC), after they injured themselves by falling or tripping over while playing.

ACC said it couldn't give an exact figure but it had received a small number of claims, all for minor injuries, where people had recorded Pokemon Go as their activity at the time of their accident.

"I can see how easy it is to get addicted to it, because you see a Pokemon that you've wanted for ages, and you just go for it, and then you think 'maybe I should've looked before walking out on this road'."

She was one of about 1000 people who turned out to Waitangi Park in Wellington on Saturday for the Pokemon Go Walk, which was one of a series of events held at the same time in several cities around New Zealand. 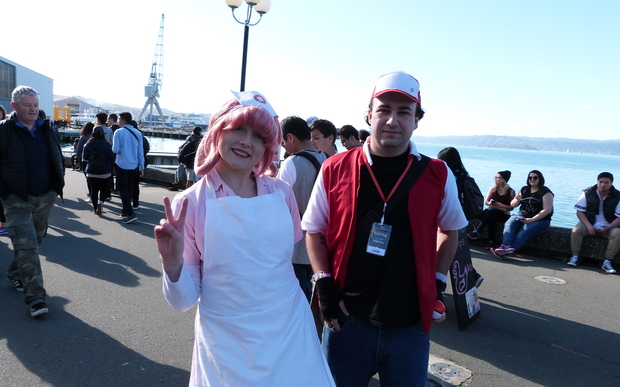 Danielle Donselaar and a friend dress up as characters from the game and TV series that inspired Pokemon Go. Photo: RNZ / Adriana Weber

Another fan, Sarah Milton, said she couldn't miss the opportunity to find the virtual creatures at the Wellington event.

"I've been a fan of Pokemon since it first came out, a big fan of the anime and the original games, so I came out because of that and I just want to catch them all," she said.

"It's really nostalgic for me, because it's all the old school Pokemon from the '90s, and I actually have health problems that prevent me from going to the gym, so this has given me a really good reason to get out and walk, so it's really helpful for that too.

"And I forget that I'm actually doing it so I've been walking so many more kilometres in the last few days than I have in quite a while."

Campbell Beecroft and his friends were among those who dressed up as Pokemon for the occasion. The hysteria around the game was warranted, he said.

"It really brings people together, it encourages social interactions, so it's really positive. We met a bunch of people earlier on the bus, we became friends with them - complete strangers - but we bonded over Pokemon." 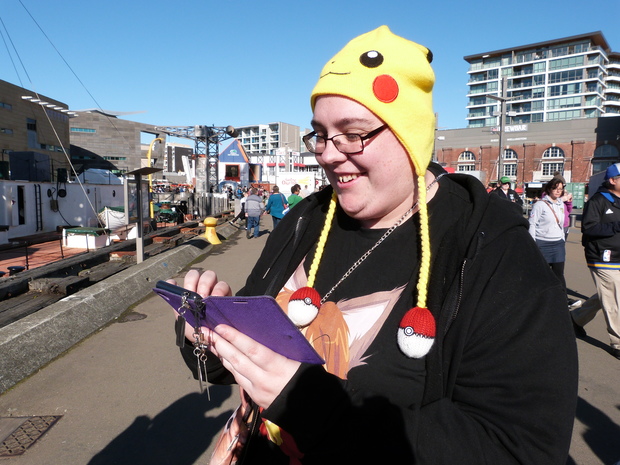