A popular new mobile game is getting players to walk around and explore the outside world, but police have warned them to watch out for real-world hazards.

Pokemon Go was released in New Zealand last week and is already top of the app store list and has been downloaded over a million times globally.

The game sends players walking around the world catching Pokemon and visiting landmarks using their phone's GPS and camera.

At lunchtime today at the Auckland Domain there was a constant stream of people visiting the Winter Gardens - one of the game's many hotspots. 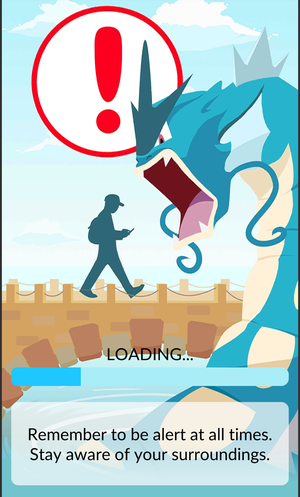 Many had gone there specifically for the game, while others were just passing through on their lunch break.

Optometrist David Kong, 24, had been playing for about two days.

"It's like, on my hand all the time pretty much," he said.

He used his day off to play the game and get out and about.

"Made a visit with my mate just to come here and catch some Pokemon."

Student Daniel Paley, 21, was stopping off on his way to Newmarket. 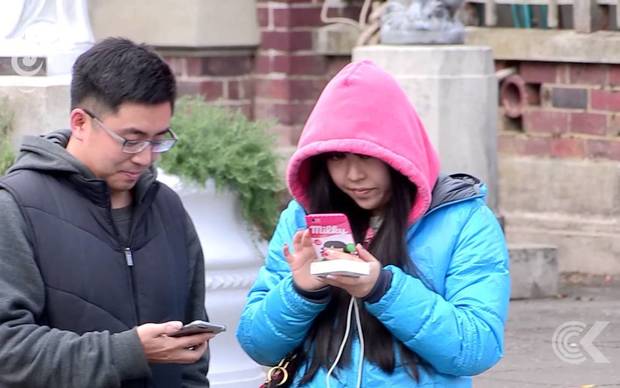 "I think I walk about ten times further for dinner now. Any time I walk, when you're sitting down or doing nothing you can't really play it, but when you're moving around all over the place it's really good.

"I've sat in the back of a car and played it. I've seen a lot of people pull over on the sides of the road at Poke-stops and spin them.

Auckland Grammar student Jamie Huang, 18, was there with a friend.

"It's just during school holidays. We have nothing to do and it's better than staying at home so we get out."

Over 3000 people have already said they're attending a walking event around the Auckland Domain this weekend.

It's one of 20 planned Pokemon Go walks throughout the country with players due to hit Christchurch's Hagley Park and Wellington's Beehive as well as in places like Timaru, Stewart Island, and Hastings.

But it's not all smooth sailing, there have been reports overseas of robbers using the app to lure people to certain locations and people injuring themselves while focused on the screen.

New Zealand Police have joined their Australian counterparts in encouraging players to remember their personal safety.

A spokesperson said that while anecdotally they weren't aware of any reported incidents in Auckland directly related to the game, they were reminding players to be aware of their surroundings, wary of visiting unfamiliar places or of entering private property.

The call for safety was also extended to those thinking of playing while behind the wheel.

"Anyone that uses their phone whilst driving is putting themselves and other road users at risk, as is any pedestrian engrossed on a phone crossing the road."

Internet safety group Netsafe NZ said they had not heard anyone raise concerns about the game, but executive director Martin Cocker said people needed to consider both online and offline safety.

"Just being careful as they're walking around looking that they don't walk out into traffic. That the places they're going - or that their children who are playing are going - are safe by the time the go there. Rather than just having to consider the traditional online gaming concerns that people have.

"Certainly with the geocaching type games where people have to go to a location to collect something there have been issues related to that but we haven't seen a lot of that in New Zealand. But certainly it happens around the world so there's not reason to believe it wouldn't happen here.

Mr Cocker said the game added another complication for children and parents.

"We've had online games and we've had mobiles to worry about and now we've got these augmented reality crossover games to think about. So it's another challenge for parents, our recommendation to them if their kids say they want to get into it - just find out from the children how it works and what's it about."

A writer for the gaming website Gameplanet, Andrew Todd, said with the Pokemon franchise so successful and the new game style it was no wonder it had been so popular.

"It gets people out and about and exploring their surroundings and I think people are responding to that. It's been quite a different experience for people than most mobile games which you just play on the toilet or whatever.

"I think this is the first time [geocaching games] have really hit mainstream popularity and I would say it's entirely because it's a game by Nintendo and it's a Pokemon game. It just has that built in entry point that people are familiar with.

He said there would like be imitators but often they didn't take off.

Mr Todd said he wasn't sure how long the craze would wear off but said mobile games usually died off fairly quickly.

"The popularity will probably wear off after a couple of weeks once the novelty wears off. It'll be interesting to see if people continue to get out and do stuff. Probably going to last longer in the States where it's summer, than here where it's cold and miserable."